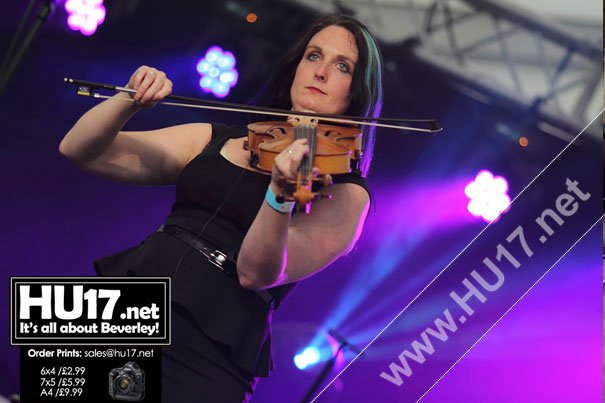 Beverley Folk Festival has launched the plans for 2016 with a raft of headline acts. They include the multi-award winning Kate Rusby, folk-rockers Steeleye Span and rising stars, The Young’uns.

Latest addition to the line-up is former BBC Folk Awards Musician of the Year Tim Edey, rated as one of the world’s finest-ever Melodeon and Guitar players in the folk & contemporary scene today.

Adding to the eclectic mix will an appearances by the Acoustic Strawbs, the very first festival performance of the Lindisfarne Story Stage Show, featuring former band members Ray Laidlaw and Billy Mitchell, and sci-fi folk band Maia, acknowledged as “making music that’s simply outrageous, but a lot of fun”

There are also plans for a “Tyne Treasures” night when Lindisfarne’s Mitchell and Laidlaw with The Lindisfarne Story Band will be performing the iconic 1971 album, Fog on the Tyne, in its entirety.

Joining them for this memorable concert will be the seminal rhythm and blues band, The Animals and Friends, including original members John Steel and Mick Gallagher, performing classic hits including House of the Rising Son and We Gotta Get Out Of This Place.

Next year’s festival – the fourth to be held on its relatively new site at Beverley Racecourse, Beverley – runs from June 17 – 19th2016.

“Winter Special” weekend tickets are currently on sale at £95, a saving of £20 on the full price.