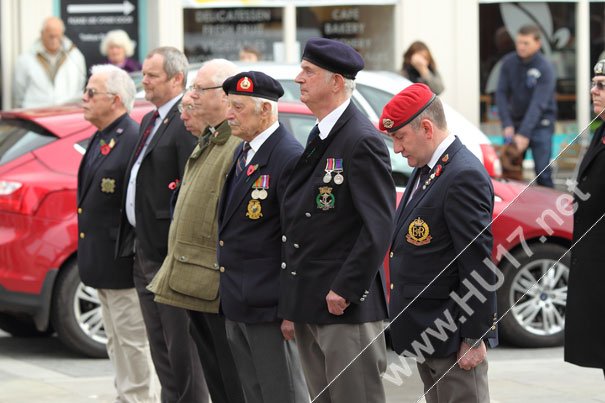 At 11 AM on the 11 November Beverley observed the two-minute silence in memory of those who have paid the ultimate sacrifice while serving their country.

Shoppers in the town centre along with employees of the various businesses who came and stood outside were united as they all stood silence on Armistice Day.

Today also marks the end of this year’s Royal British Legion Poppy appeal with the chairman of the local branch, Dominic Peacock saying that the generosity shown by the people in Beverley could see them set another record for the total raised.

“I’d like to thank everybody that bought a poppy and the bling from various boxes.”

“Today the Remembrance Service was held at the Market Cross.”

“With even more veterans turning up for what is a 90 year tradition, something we will look to keep going for another 90 years.”