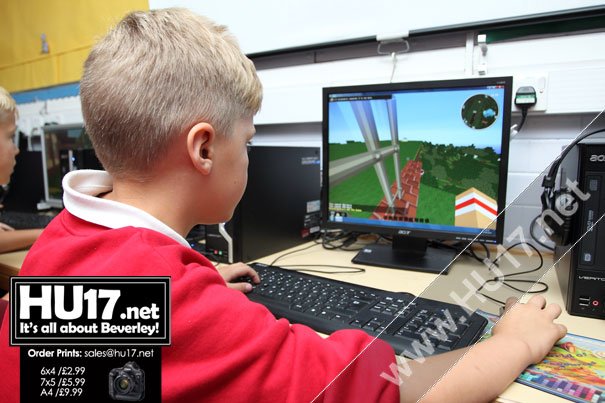 ‘Computational thinking’ is a skill children must be taught if they are to be ready for the workplace and able to participate effectively in this digital world.” So says Simon Peyton-Jones, chairman of Computing At School in a primary school teacher’s guide to computing in the national curriculum.

But do computers help children to actually learn? In an era where no-tech schools are gaining popularity, experts are certain that yes, they are, especially when used in tandem with other, traditional classroom aids from established stockists like Hope Education. Computer skills carry as much benefit as learning a second language or playing a musical instrument – no matter what a child may pursue as a career.

“At primary level, it helps children to be articulate and think logically: when they start breaking down what’s happening, they can start predicting what’s going to happen. It’s about looking around you almost like an engineer at how things are constructed.”

And in the same feature, Bill Mitchell, director of education at BCS, says that studying programming and algorithms can help them understand syntax and language. “If you teach computing and do it right, you can help children develop their learning in literacy and numeracy,” he says.

“To me, the basic idea of computing is you have to get a computer to solve a problem: you have to come up with an algorithm, a set of instructions. If you can do that, it’s a hugely valuable skill whenever you’re working as a team for any kind of project.”

So what are the pros and cons of computers, tablets and other electronic devices in the classroom?

On the plus side, computers nowadays are very user-friendly, while tablets with their touchscreens are incredibly intuitive to interact with. Kids can learn to count, tackle maths problems, read and listen to stories and much more, bringing learning to life and making it fun.

Independent research and problem solving is enabled. For instance, when an unfamiliar location is discovered in a storybook, a child can quickly and easily look it up without having to rely on the teacher.

Additionally, many laptops and all tablets are easily portable, perfect for impromptu lessons outside in the sunshine.

However, drawbacks might include the sheer cost of computers and associated devices. IT equipment is among the largest sources of expenditure in most schools. There’s also the extra training and research many teachers will need to carry out in order to stay up to date with the most useful software and apps, on top of lesson planning, marking and so on.

But there can be little doubt that computers in the primary school classroom are hugely worthwhile, provided children’s use of them is monitored and structured. They are the do-anything companion, flexible enough to keep up with young children’s active minds.