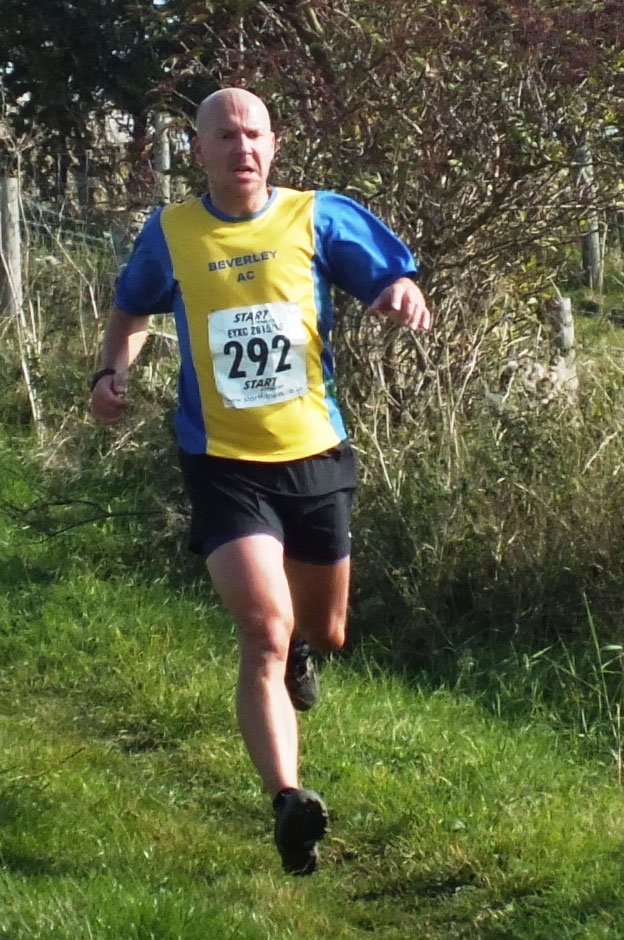 Beverley’s male team secured second place in the league, with two men in the top ten finishing group in the race overall. The race covers a demanding and hilly six miles, heading steeply upwards on to the Wolds from the village, and ending with a steep and fast descent to the finish line. In beautiful and dry autumnal conditions for cross country running, the race included a field of 142 athletes representing 8 clubs from Hull and East Yorkshire.

In the men’s race, Richard Buckle was Beverley’s first runner, finishing in an excellent fourth place overall in 39:00. Lewis Holloway, finishing just 6 seconds behind Buckle, also took a top ten place, recording 39:06 to finish 5th. He was followed by Luke Davison in 42:30, with Philip Reese, Nick Riggs and Adrian Messingham completing the 6 man team in 42:35; 42:51 and 43:04 respectively. The race was won by Phill Taylor (Bridlington RR), who took 37:43 to complete the challenging route.

Carla Stansfield (City of Hull AC) won the women’s race in 40:33. Beverley’s first woman was Emma Greensmith, who finished in 7th place in 48:36. Her team mates Christine Hemingway and Lynne Stabler completed the route in 67:32 and 68:03.

City of Hull AC’s men and women are currently in the lead in the team events. The next race in the series is another tough 6 mile route, and takes place on Sunday 8th November at Drewton Woods.