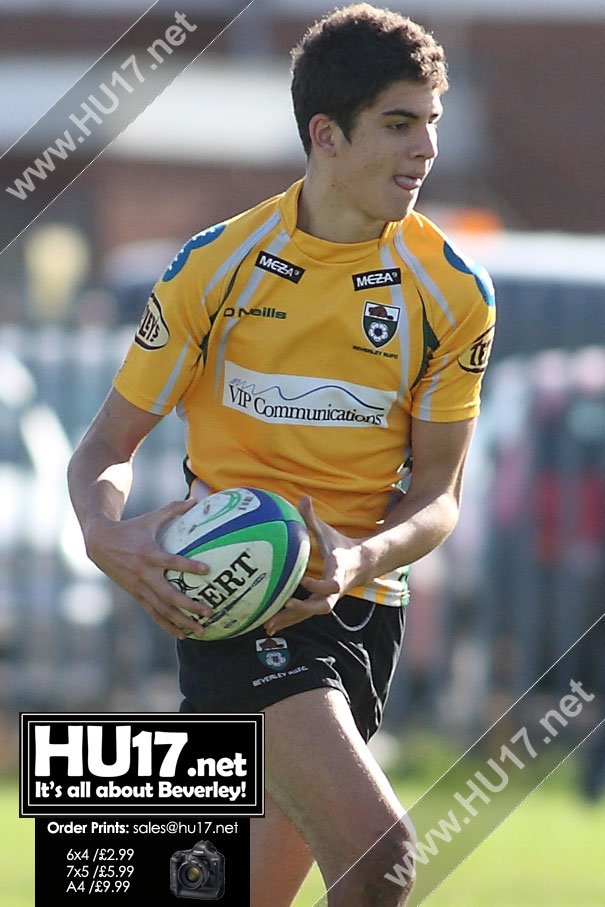 Beverley RUFC Colts were on the road again for the second time in two weeks as they take on Yarnbury. Beverley had a few key players missing after their faultless performance at Cleckheaton the week before.

The Beavers started the game off well by retaining the ball and putting Yarnbury under pressure straight away. This led to a great finish from inform winger Stephen Price.

Yarnbury bounced back with two breakaway tries, which made the score 10-5 to the home side. Beverley now realised they were in a game, and it wasn’t going to be a case of just showing up in this league.

They booked their ideas up and scored a great try in the corner with Chris Chapman on his return.

Beverley started to show what they could really do, with some great carries from the forwards, they gained two back to back penalties, and Joey Franklin did the rest by stretching the score to 10-16 at Half Time.

The Colts came got off to a quick start and saw themselves scoring out wide with a great solo effort from Luke Hazell.

Beverley allowed Yarnbury to get back into the game with an interception try from the home sides fly half, and he added the extras. 17-21 with 20 minutes to go.

Beverley made sure they wouldn’t crumble under the pressure with substitute Sam Fussey making a massive impact by coming on and making yards every time he got the ball.

He bagged himself a try from a great backs move and Ben Jackson fizzed a pass out to the winger. Beverley went back and added another with Chris Chapman adding to his first-half try.

Commenting on the win Franklin said;

“There were some great positives from the result. To come away with a win from a tough place to go is always good but there are plenty of things for us to work ahead Sunday’s home against Otley.”