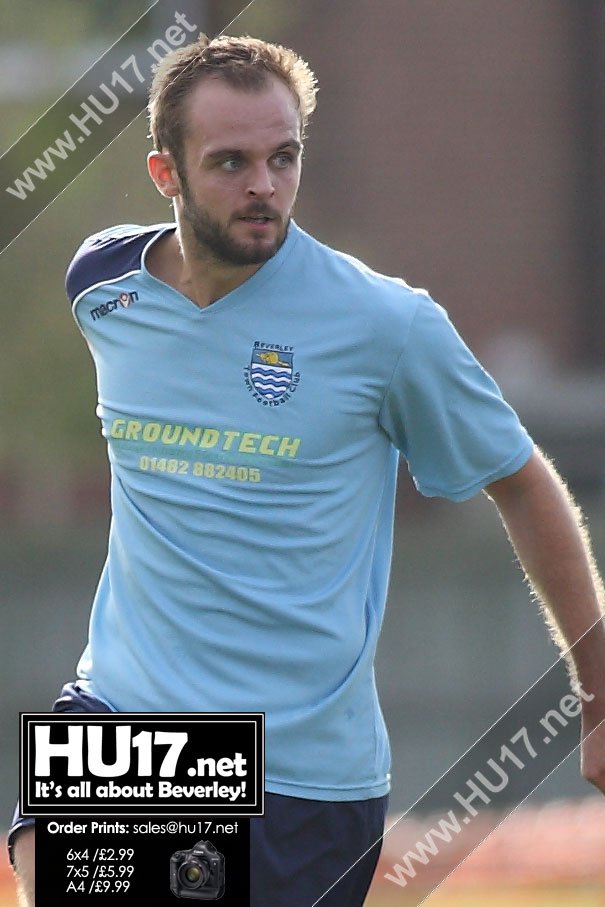 Beverley Town Reserves Manager Shaun Gibson got off to the perfect start as he watched his side claim all three points in their opening East Riding County League fixture.

Gibson who took over the role in summer praised his front three after his side secured a 4-1 win over Sculcoates Reserves.

“I thought we dominated 80 minutes of the game. We pressed well and kept good possession, we tired slightly but the substitutions gave us an extra edge.”

“The front three were excellent and Alex Stark was without question my man of the match.”

Former manager Ed Grady was available to play though Gibson said he was unable to find room in the squad for the big man.

Town got off to a dream start taking the lead on 15 seconds when Stark blocked the visitors’ keepers clearance, and the ball ran into in the net.

Town continued to dominate the early stages and should have increased their lead on a number of occasions, but they failed to capitalise on some good opportunities.

Eventually, the lead was doubled when skipper Tom Davies rose at the back post to head home. In the last part of the half, Town allowed Sculcoates back into the game and conceded a penalty when Tom Proud tripped an opposition midfielder, but the spot kick was well saved by debutant keeper Matt Spencer.

In the second half, Town could not keep possession, as the half wore on, the Beverley started to create more.

Danny Cattle turned provider slotting a through ball to Stark, who finished emphatically from just inside the box.

Sculcoates managed to get back into the game when the advancing Spencer was lobbed, but Town rallied and completed the scoring as Jordan Easter popped up to finish at the back post.