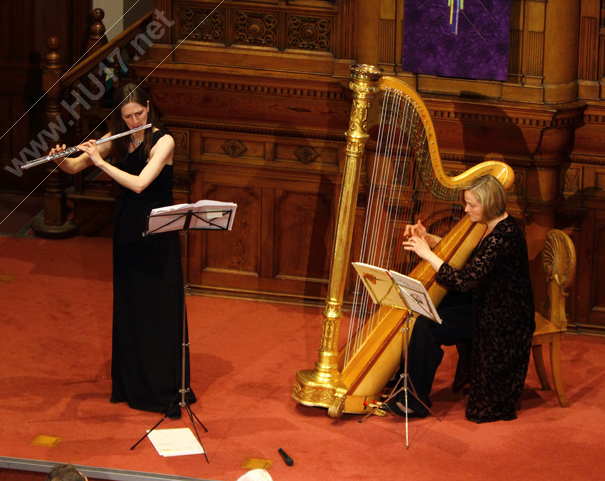 A Wonderful Concert Series awaits East Riding concert-goers in the forthcoming season, from October 2015 through to April 2016. This season offers a wide variety of concerts at Beverley and Bridlington.

The season opens in style with the Carnival Band and Vivian Ellis at Toll Gavel United Church, Beverley, on Thursday 22 October at 7.30pm.

The Carnival Band is well known to Beverley audiences for its exuberant and full-blooded performances of early music fused with traditional and world music and has been called ‘Henry VIII’s rock ‘n roll band’.

The five performers play shawm, curtal, cittern and Flemish bagpipes alongside the more recognizable fiddle, drums, guitar and bass and sing in full harmony. They are joined by Vivien Ellis, a leading exponent of the English ballad tradition and a star of the English early music scene.

Sinfonia Viva will be in Bridlington in January with a New Year’s Viennese Gala with all the classic Vienna waltzes and songs audiences have come to expect from this celebrated event. Sinfonia Viva’s leader Benedict Holland will direct and introduce this marvellously-infectious Viennese Programme.

There will be toe-tapping works from the incomparable “Waltz King” Johann Strauss II and family, including the timeless Blue Danube, the Overture to Die Fledermaus, the historic Egyptian March written to mark the opening of the Suez Canal, and more.

Suitable for all ages. Pre theatre lunch available when booking.

“We are delighted to announce such an exceptional new season of concerts presented by some of the country’s leading musicians, Eduardo Niebla, London Mozart Players, Swansea City Opera, and many more.”