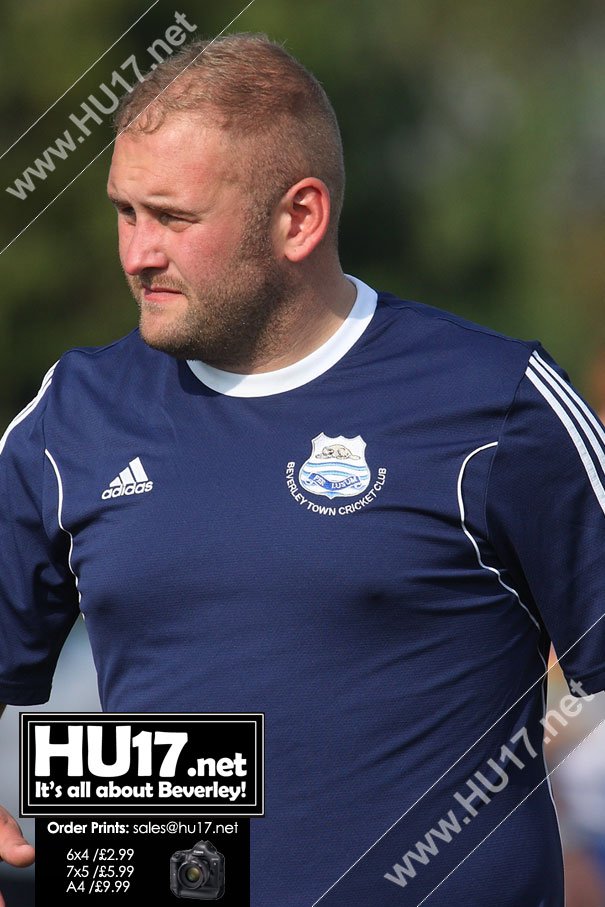 Matthew Fitzpatrick impressed for Beverley as they claimed their eleventh win of the summer to close the gap on second placed Hessle to just 20 points.

Fitzpatrick (3-33) and Keiran O’Brian (3-41) combined to help dismiss Holderness for 147 despite an impressive 70 from Lewis Duell.

In pursuit of 148 for victory, the all-rounder then returned to top score for the visitors striking 40 as Town secured victory with 27 balls to spare.

Skipper Alex Nightingale is hopeful Beverley’s game today with the league leaders Kirkella will get the go ahead with forecast suggesting the rain will clear by lunchtime.

Beverley will be keen to get their match on which may work to their advantage if other sides in the league are unable to play due to rain.

Kirkella come into the match just needing one win to secure promotion after smashing Humbleton by nine-wickets on Saturday.

When the side met back in July it was Kirkella who secured a six wicket win. Beverley go into the match knowing only a win will be good enough to them in the hunt for the final promotion spot.