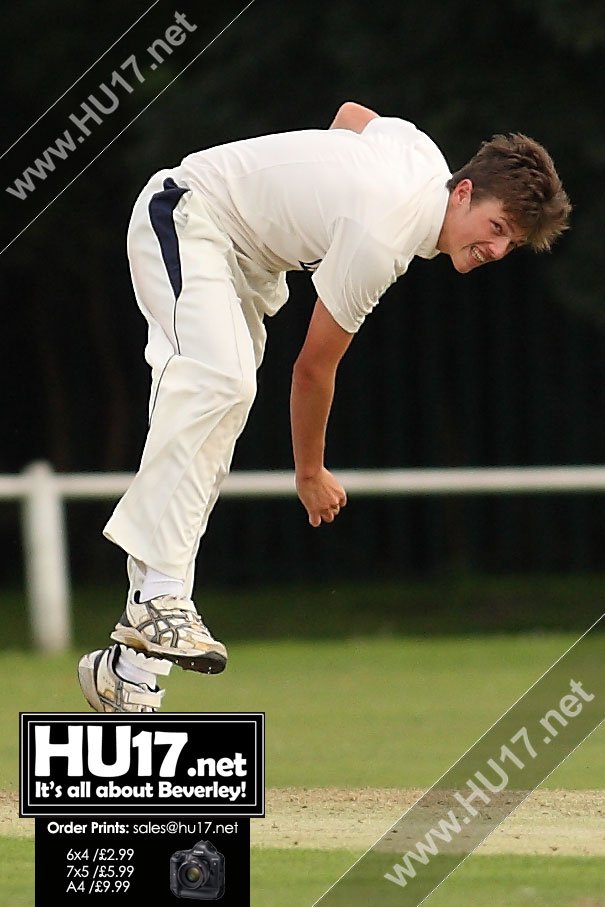 Beverley Town hosted Dunnington who are chasing one of the top six spots to play in the premier division next season.

After losing the toss Beverley batted first and were immediately under pressure as Grantham was dismissed after four balls.

Fish 13 and Fisher 44 attempted to build the innings but both were left frustrated when adjudged LBW and caught behind respectively, with doubt about decisions.

Beverley struggled to impose themselves against a consistent bowling attack and were all out for 131 from 47.2 overs.

The low score gave the bowlers little room for error. Good line and length saw the dismissal of both openers leaving the visitors 18-2.

Brad Graham then picked up 2-18 from his 7 overs but 3 good partnerships saw the visitors home after just 35 overs for the loss of 4 wickets.