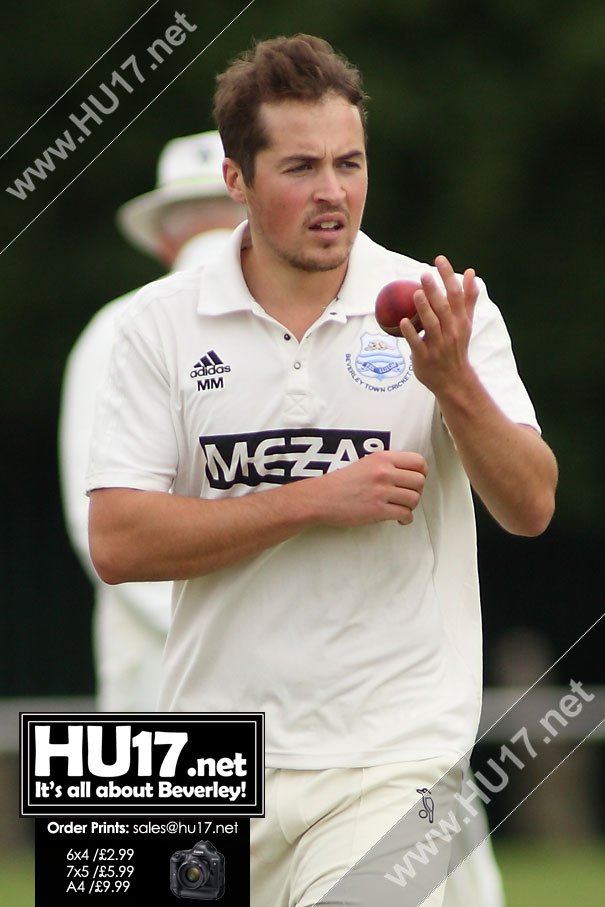 Beverley Town Cricket Club travelled to North Yorkshire to face title chasing Sheriff Hutton Bridge on the back of some good recent form.

Beverley were asked to bat first and struggled to impose themselves in the early overs on a two paced track against some good opening bowling.

Beverley found themselves 50-3 but found some resistence in the form of a good partnership between Rob Fish and Andy Burton.

As Beverley were beginning to fight back in the game and look to post over 200, a mix up lead to Rob Fish being run out for a patient and disciplined 38.

Burton played a good innings but followed soon after for 42. Beverley were bowled out for 180 with one ball remaining of the innings.

With rain affecting play becoming a distinct possibility, the home side approached their chase in positive fashion.

After opening the bowling, Mark Fisher then scored an aggressive 40 opening the batting before Matthew Mudd took his wicket caught behind.

Mudd bowled an excellent 15 over spell taking another two wickets with excellent balls.

Runs flowed from the other end as Sheriff Hutton Bridge played their shots and took to a weakened bowling attack knocking the runs off for four wickets in 37 overs.

Fisher will have a selection dilema with three returning bowlers to pick from as Beverley host Dunnington on Saturday and then Hull Zingari on Monday over the Bank Holiday Weekend.