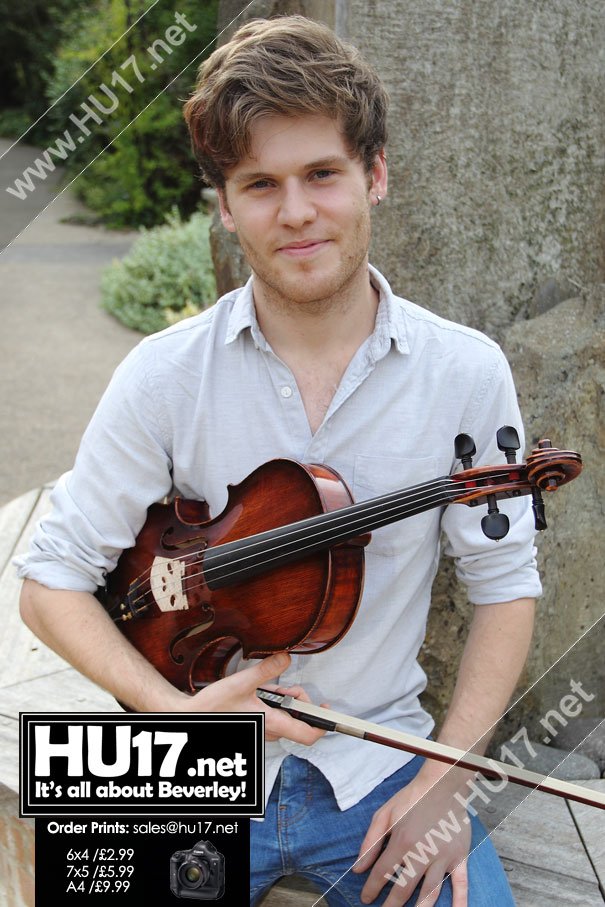 Jack Gillett, a talented musician from Beverley is looking to raise £500 towards a trip that will see him take classical music to young people in South Africa.

Arco is a new international collaborative music project between Birmingham Conservatoire and the Cape Gate MIAGI Centre for Music in Soweto, which will involve the Beverley born musician.

Jack began to play the Violin as a 9 year old at Beverley Minster Primary School. He took up the Viola at 15, whilst studying at Beverley Grammar School and played with the East Riding Youth Orchestra.

“Playing in an Orchestra in the local area was fundamental to my progression as a musician and provided me with a creative outlet.”

Jack went on to Hull University, studying Music and Languages, where he played with the Hull Philharmonic Orchestra.

Jack is now studying for a Masters in Viola Performance at the Birmingham Conservatoire with Dr Louise Lansdown.

“I have been incredibly privileged in the opportunities I have had through playing the Viola,” says Jack, “including masterclasses with some of the most distinguished musicians in the world and performances, including the Edinburgh Fringe Festival and the 2014 International Viola Congress in Portugal.”

“All of this started as a result of choosing to learn Violin in primary school; never did I imagine that learning music would have taken me so far.”

As well as studying, Jack works as a string teacher for Birmingham Music Service.

“Teaching is something I am incredibly passionate about. The Arco project aims to provide the benefits and life changing inspiration of music to children in the most deprived circumstances.”

Through music, Jack will act as a mentor for vulnerable youngsters living in poverty and crime stricken areas of Soweto.

Jack is aiming to raise £500 towards the trip. A link to his gofundme page can be found at http://www.gofundme.com/642a24ww

“Music transcends both language and cultural boundaries and the possibilities of this project are enormous.”