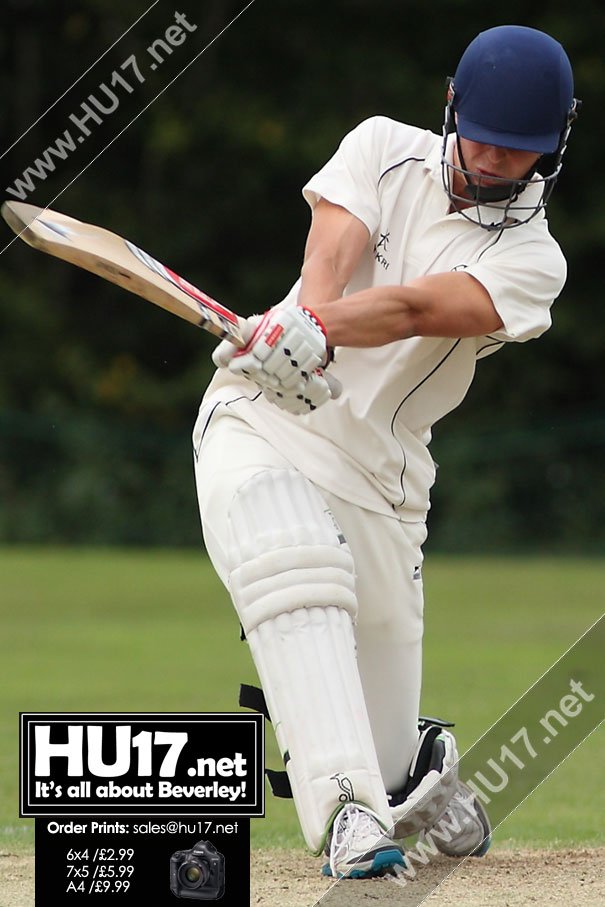 Beverley Town Fourth’s claimed all 30 points as they beat Walkington by five wickets at the Norwood Recreation Ground.

Walkington’s Will Webster enjoyed a great day with the bat and ball though he was to end his day on the losing side in a game that Walkington’s captain said was decided by a single catch.

“It was a really entertaining game in the end, with lots of top performances and a big win for Beverley.”

“We batted first and were very happy with our 211 from  40 overs. Our top scorer was Antony Andrews with 77, not far behind him was Webster with 71. Both hit the ball very cleanly and hard.”

Gardiner says that the turning point in the match was the loss of Webster, he said;

“The champagne moment was the dismissal of Webster. He creamed a shot through mid on – the ball was going like a rocket – but Pip Pearson stuck out his hand, and to his surprise as much as everyone else’s, caught the ball.”

In reply, Beverley’s openers Richard “RJ” Thompson and Dave Parry won the game for Beverley, putting on an opening stand of 156 before Parry was finally out caught in the deep for 76.

Will Fish joined Thompson and between them and just about saw them home. Thompson reaching his 100 with the single that brought the scores level.

Benyon had to quickly get his pads on for the next ball and he too was clean bowled. 4 in 4 for Webster to go with his 71 and he still finished on the losing side.

Thompson settled any nerves  Beverley may have had hitting the winning run in the next over sealing maximum points for the home side.