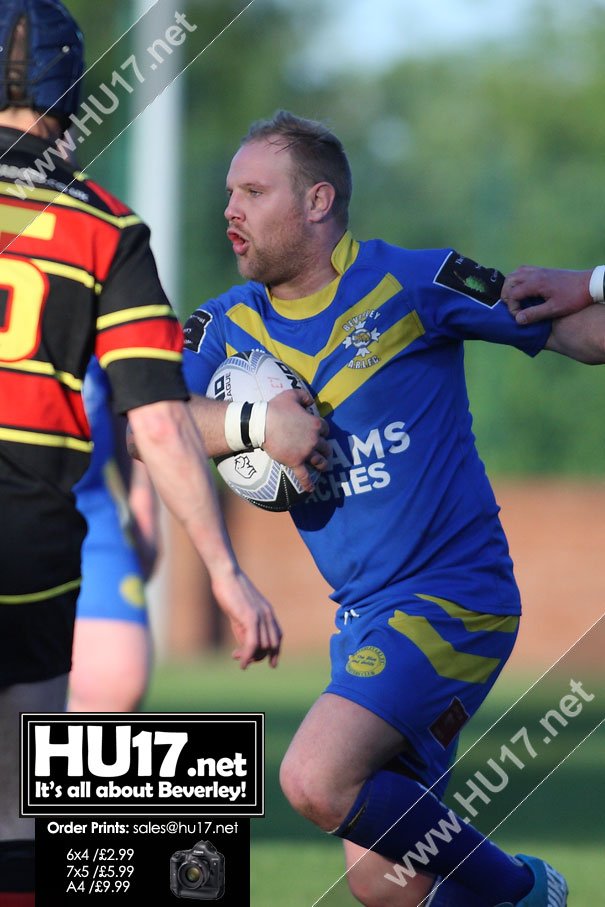 The blue and golds will play the return fixture of their only derby this season in the Yorkshire League this Saturday.

Hull Wyke took the spoils 18-16 in the corresponding fixture earlier in the season at the Beverley Leisure Centre.

Pat Howdle’s side currently lie 5th in the table and their opponents lie 3rd. He is determined to register at least a top four finish and believes his side could have achieved more this season.

Out of six defeats this season, three of those were with an extremely depleted side and the other three were by the very narrowest of margins.

The club, however as a whole is convinced that their switch to the Yorkshire League has been a success. Increased crowds and media coverage would indicate this.

Howdle will have to make do without Alex Starling due to work commitments and Rich Etherington and Owen Riley who are on holiday.

Craig Hancock and Stuart Nel will make their returns to the squad as will Louis Hubbard adding a even more power to the Beverley side.

Kick-off is 2.30pm at William Gee School for a game that should have significant local interest.