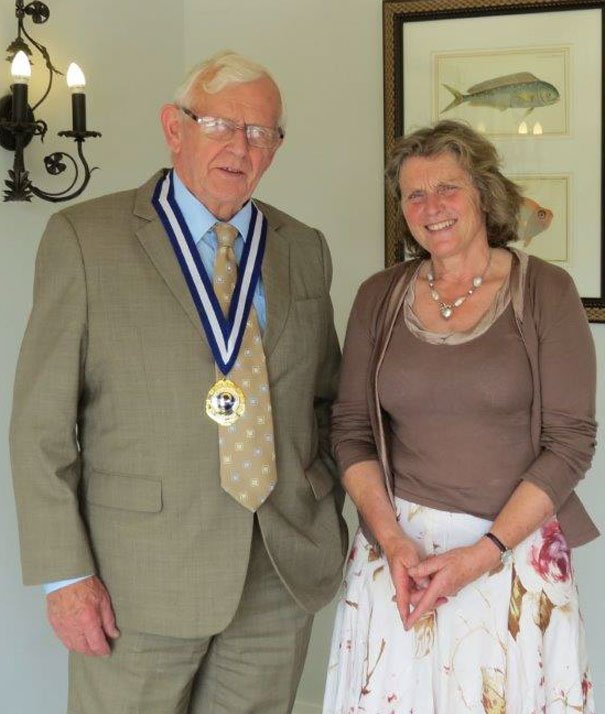 Members of the Beverley Westwood Probus Club learnt more about Organic farming at their August meeting thanks to a talk by a local farmer.

“After lunch Mrs Sellars spoke to members about the pioneering role in organic farming played by Carr House Farm, at Foston-on-the-Wolds.  She explained how her husband, Tim, whose family had worked this 450 acre arable holding for many generations, had moved into organic farming in 1999.”

“From this had sprung, over several years, logical diversifications into a wide variety of organic industries all utilising crops grown on the farm.”

“These included bread making using flour milled on the farm from cereals grown there and baked in ovens fired by wood cut from their own trees, granola composed of home grown cereals and apple juices and elderflower cordials made from produce of their own orchards.”

“The “Side Oven” trade name had been adopted because originally a side oven to an ancient solid fuel cooking range was used while a unique bread oven was built and commissioned.”

“Products are now marketed at selected outlets in the East Riding, listed on the “Side Oven” web-site and at farmers’ markets.  The farm also hosted educational visits and Mrs Sellars saw such activities as an important part of her work.”

“The talk created much interest and led to a lengthy question and answer session.  Member Harold Bottomley proposed a vote of thanks.”