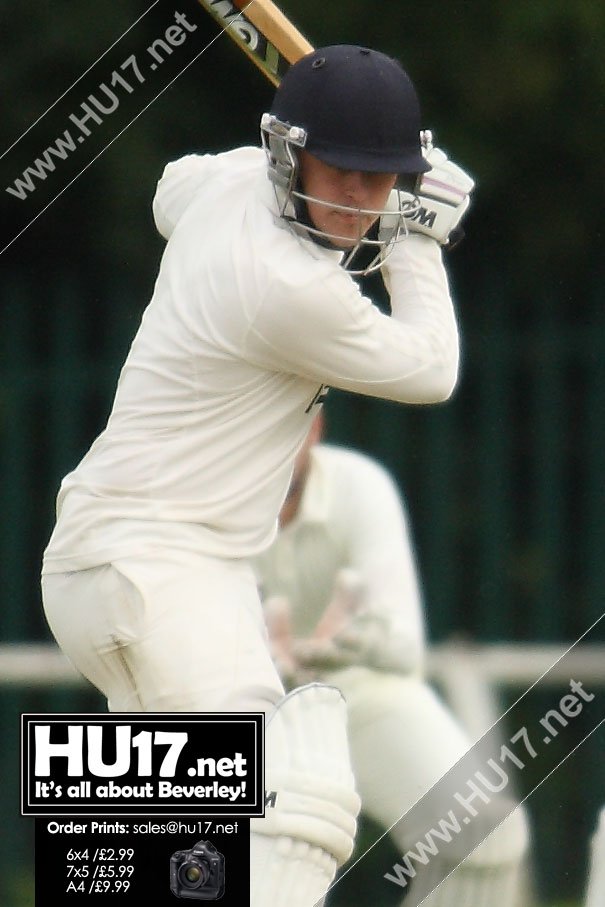 This week, Beverley Town seconds hosted Bridlington Town in an important match, as only 10 points separated Beverley in 5th place and Bridlington in 6th.

The visitors won the toss and elected to bat. Beverley took to the field inspired by a Paolo Di Canio goal in the warm up from Alex Morrel.

This inspiration paid off as Beverley started well, restricting the visitors to 25 for 1 after the first 10 overs, however Bridlington then began to take control as they began to score quickly and freely.

Important wickets from Sam Welburn (12 overs, 1 for 53) and Matthew Saint (12 overs, 3 for 52) began to slow Bridlington’s scoring rate down, however it was 15 year old Tommy Hudson who did the most damage to the batting attack as well as wicket keeper Tom Norton’s eye.

Hudson finished with figures of 6 for 53 off his 12 overs, and claimed his first senior 5 wicket haul. Bridlington were eventually dismissed last ball of the game after posting a score of 277.

This would eventually prove to be too much for play to resume, and the game was abandoned.

Beverley and Bridlington both take 9 points from this and maintain their positions in the league.