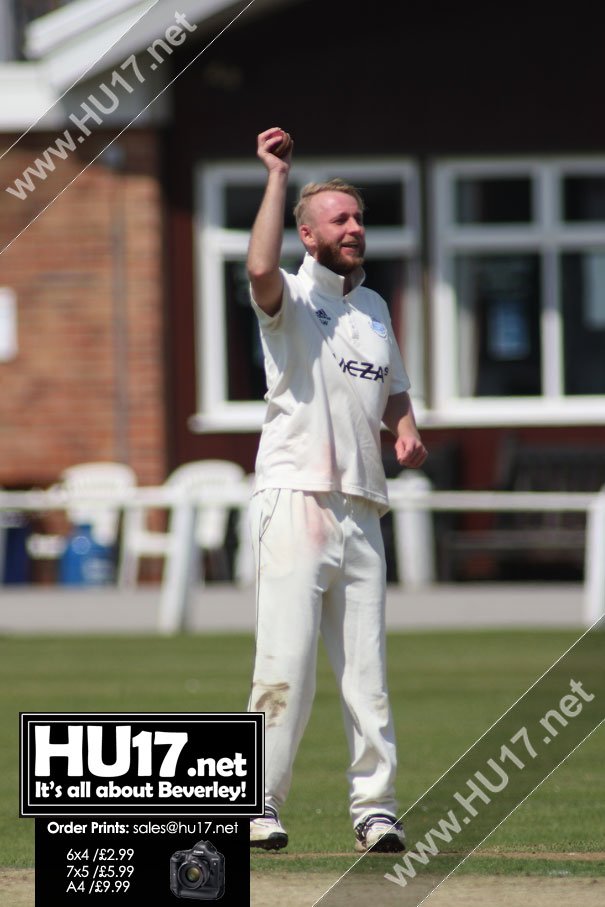 This week saw Beverley Town seconds make the long trip to Osbaldwick to a game they would be looking to take full points from.

Beverley won the toss and returning captain James Emery put the home side into bat, Beverley made the early breakthrough with Tommy Hudson taking the first wicket, from a unorthodox catch from Matthew Saint.

Beverley then struggled to take wickets as Osbaldwick continued to pile on runs. With the home side 120-1 at drinks Beverley needed to make a fresh start to the second half.

With the game running away from them Beverley needed a big effort from the bowlers, commenting on this Norton said;

“James Emery and Sam Welburn started what proved to be an important bowling partnership, taking four wickets between them and breaking the large partnership Osbaldwick had been building.”

Beverley continued to take regular wickets. Welburn and Hudson both taking three wickets each. Osbaldwick managed to amount 207-8 off their allocated overs.

Beverley’s openers set to work on the run chase, Mike Cooke was dismissed from a good ball for 6. Norton and Dobson then began to build a partnership worth 91.

This put Beverley at 104-1 at drinks looking strong. However the drinks of doom soon hit Beverley as Norton was dismissed for 41.

Dobson continued to an excellent 60 before being caught out. Beverley then lost a few quick wickets before Hudson and Thompson guided the Beavers home.

“Hudson batted superbly for 50 not out. Thompson proved an excellent supporting role, finishing 20 not out hitting the winning runs that Beverley across the line.”

“This win means were are fifth in the league and will go into our game this week at Norwood against Bridlington with confidence, Our team spirit is at an all time high.”