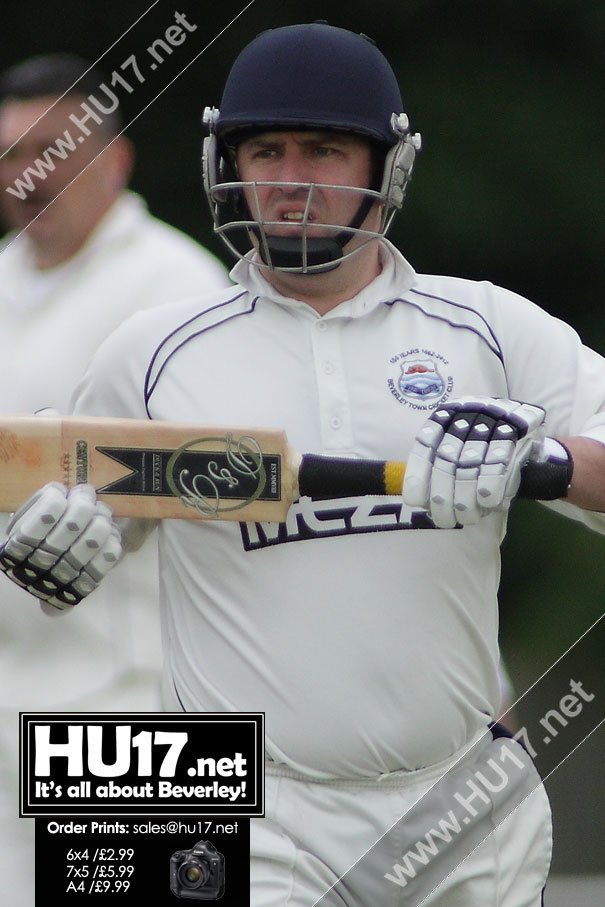 Pick of the Beverley bowlers were Nelly Graham 3/27 and Jake McMullen 3/28 as Beverley showed their class with the ball in hand.

Beverley’s response was to reach the target set for the loss of one wicket as Smith lead the chase with a fine performance ending the innings on 95 not out.

Another man in form, James Broekhuizen made his second half-century in as many weeks as Beverley eased to victory.

“This was a great result for us, and it was good to get back to winning ways. This was a massive 30 points for us.”

“What was very pleasing is the way in which we won the game. The bowlers all played their part taking wickets. Graham and McMullen may have got three each but Owen Parnaby again showed his potential.

“At just 15 years-old Parnaby got the task of bowling at the death, but he kept hitting his lines and got his reward picking up the final wicket.”

“In terms of our batting, the opening pair played superb. Smith of course had a fine innings as did Broekhuizen. By the time Hornsea got their first wicket, we only needed four runs to win.”

“With the teams around us dropping points, this result takes on an even bigger meaning in terms of our season. Our confidence in the dressing is sky high, and we are certainly all feel we can get the points needed to secure a promotion.”

Beverley will face a much tougher test this weekend when they host the league leaders Humbleton. However, Humbleton have not had it all their own way in recent weeks and if Beverley play well they will fancy their chances at making it back to back wins.

For now, Beverley move into fourth spot in the Hunters York & District Senior Cricket League and very much are still in the race for the championship.