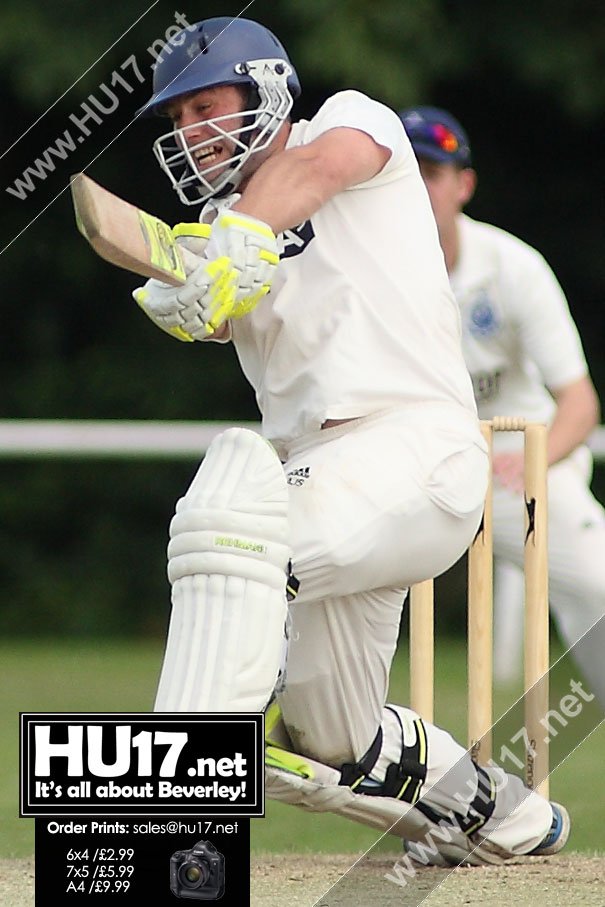 Losing the toss Beverley were invited to bat. On a good batting wicket skipper Jonathan Fisher played well for 60 and Jonny Vodden contributed well with 30.

But it was Anthony Spence (97) who shared good partnerships with Fisher and Vodden but was unlucky to be dismissed in the last over of the innings three runs short of his maiden First team ton.

Jamie Roe returned to the team are a spell away and batted positively at the end of the innings hitting his first ball six as Beverley finished their innings on 255-7.

With the ball in hand Matthew Mudd and Keiron Thompson restricted Clifton Alliance’s opener’s but were unable to make inroads into the batting lineup.

Bradly Graham came on first change and bowled an extracted as much from the pitch as any bowler on display. He dismissed the league leading run scorer, Joe Ashdown for 40 with a fantastic stumping from debutante Rob Fish.

With the Clifton Alliance requiring more than a run a ball from the last 20 overs the game was in the balance with 8 wickets remaining.

Some attacking shots found their way to the short boundary as Mudd and Thompson returned to increase the required rate to 8 per over.

Roe bowled well at the death but some hefty strikes at the end of the innings saw the Clifton Alliance side to victory with an over to spare.

Beverley were left to rue a couple of dropped catches and would feel they were 20 runs short of their potential score but a lot of positive performances are good signs for the remainder of the season.