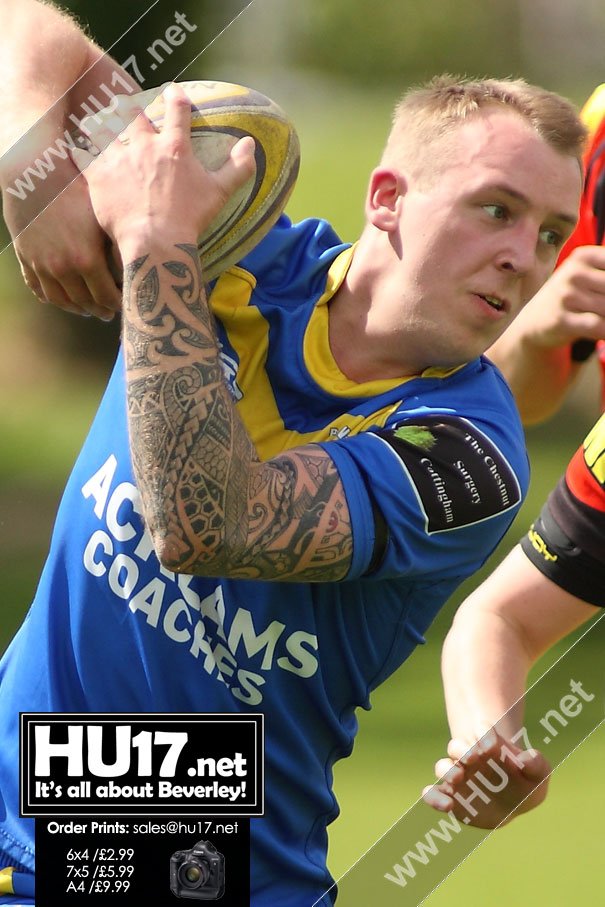 The blue and golds will make their longest trip of the season this Saturday when they visit Siddal ‘A’ near Halifax.

Pat Howdle’s side have just enjoyed three successive wins but the match against the West Yorkshire outfit  will be another tough test according to the coach.

Beverley ARLC lie third in Yorkshire Division One and Siddal sixth however both sides are level on 10 points with the table being very tight from third to ninth.

A spokesman for the club speaking ahead of the clash with Siddal said;

“In order bring back the spoils we will once again have to rely on the depth of his squad. Craig Hancock, Lewis Poskitt, Josh Pooley, Ben Calvert, Sam Coleman, Saul Beavis and Bobby Howdle are all unavailable due to a combination of holidays and work commitments.”

Despite missing players and the injuries to some of the teams key players Beverley back room staff still remian possivite, saying;

“We will be boosted by the return of Lee Stevens, Dan Clark and Ben Naylor.  Given the changes the side will almost certainly not be named until the team bus arrives an hour before the 2.30pm kick-off at the Siddal Sports & Community Club.”

Beverley pulled off the shock of the season so far after last weekend’s vicotory at the Beverley Leisure Centre over York.

A performance like that will go a long way to helping the blue and golds maintain their climb up the table as the side continue to grow in confidence since making the switch to summer rugby.