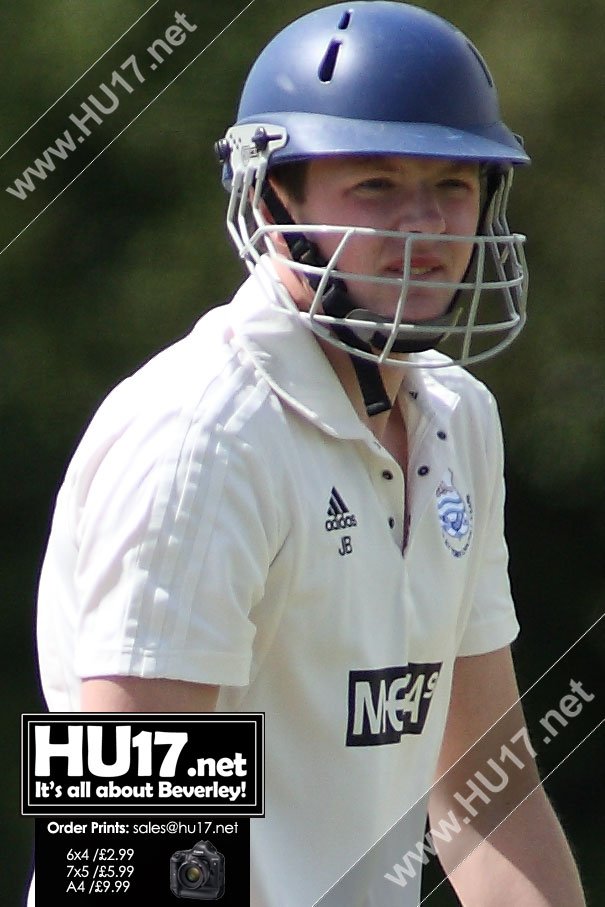 James Broekhuizen was the standout performer for Beverley Town Crciket Club this weekend as he top scored on his return.

His runs however were slightly overshaddowed as Beverley found themselves on the wrong end of the draw against North Dalton at the Norwood Recreation Ground.

Having won the toss Beverley chose to field while Dalton were asked to bat first on what proved to be an excellent batting surface as it yielded over 500 runs for the loss of only 8 wickets.

Beverley got off to a good start and managed to restrict the Dalton opening batsman thanks to Alex Nightingale and Kieran O’Brian. However they failed to make an early break through that could have resulted in Beverley taking the upper hand. 291 runs later it was clear that the pitch was a real beauty.

Beverley made a valiant run chase with James Broekhuizen (63), Will Harrison (64*) and Will Fish (49) making excellent contributions. Beverley eventually finished on 224 making 3 quarters for 11 points out of a possible 30.

Reflecting the following day Nightingale is still confident they can catch the league leaders, he said;

“I was really disappointed with the result yesterday; they batted us out of the game on an excellent pitch. However with the way the results went yesterday we are still only 24 points from second place. We haven’t really lost any ground despite us moving down a couple of places.”

“It is vital we pick ourselves up and forget this weekend and move onto next week. We are away at Hornsea next week and they have just picked up their first win so they will present us with a real challenge.”