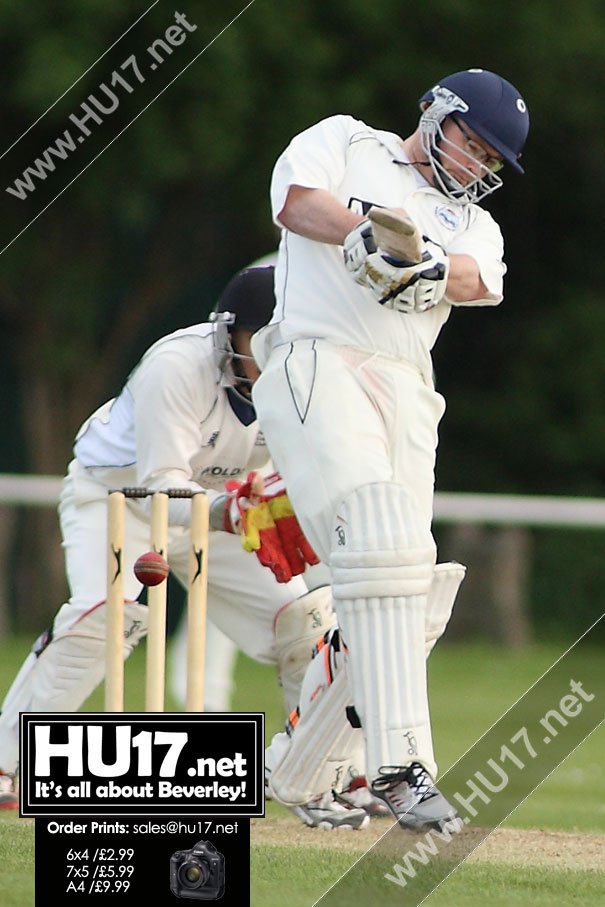 Going into the match Beverley were without skipper Johnathan Fisher. With a young side that included two débutantes and four players representing the East Yorkshire Under 17 team on the Sunday.

Beverley won what was thought to be an important toss following the storms in the early morning with the resulting green and drying pitch likely to be bowler friendly.

Jack Storey and Luke Hills 28 played some positive shots and rode a bit of luck as Matthew Mudd and Keiron Thompson exploited the conditions.

Despite creating chances it was to be a frustrating time for the pair as they found edges flying wide of slips and inside edges just missing the stumps.

More consistent bowling by débutante Tommy Hudson and Grey Whyley did little to hinder the Hull Zingari skipper Guy Martinson 72 and Jack Storey 124 who were able to find the boundary regularly as they shared a partnership of 181 taking the score to 233-1.

Thompson 4-93 and Mudd 2-61 returned at the end of the innings to take some wickets and were able to restrict Zingari to 288-6 when Beverley had been staring down another total of over 300.

With the score 61-5 Jonny Vodden 23 and débutante Keiron Simpson 23 attempted to rebuild the innings and played some good shots.

Playing only his second First Team game Tom Norton batted well and finished 14* as Zingari were able to apply enough pressure to dismiss Beverley for 139.

After another disappointing result, Beverley need to pull together and try to build on the varying positives of the game, especially the performances of the younger players in the side who all aquitted themselves well.