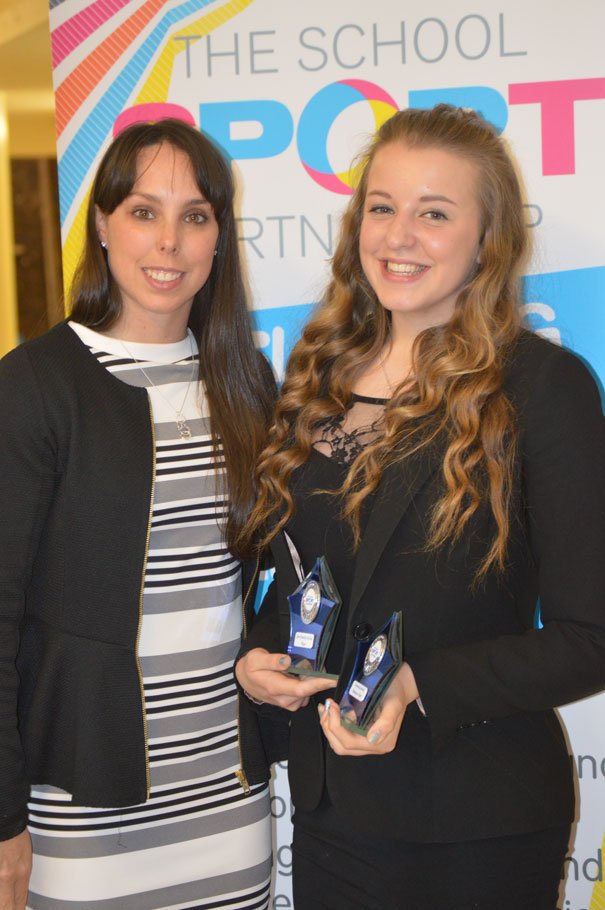 On a glittering evening fortunate local athletes and those involved in sports were awarded for their endeavours and achievements.

Beverley girl, Holly Bentham 15 yrs, scooped two top awards, one being the winner for achievement in sport and the second the prestigious title of Sports Personality 2015.

Holly commented after listening to Beth Tweddle’s speech and being presented with the awards said;

“It is fantastic to meet such an inspiring person as Beth who has achieved so much in her sport despite suffering many ups and downs along the way.”

Bentham whose chosen sport is judo represents the East Yorkshire Judo Academy and would like to express her gratitude her coaches, to Coles the solicitors and to the East Riding of Yorkshire Council for their ongoing support in helping her progress.

On a sporting front Bentham has in the last two months has competed in both London and Essex in addition to representing England internationally in an event in Holland, picking up along the way her first national ranking points in her new under 18 yrs, cadet category.