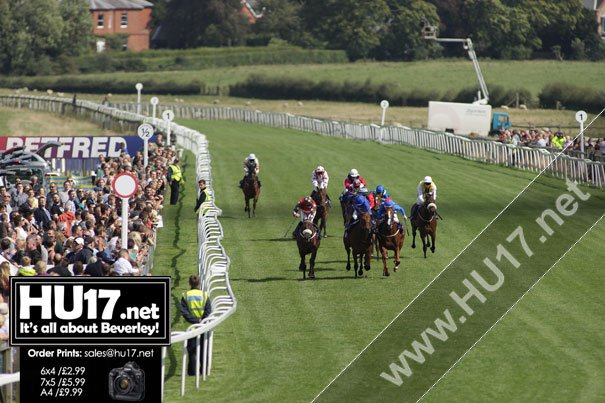 Marcus Tregoning is optimistic Diamond Blaise can give his Whitsbury yard a timely boost for Royal Ascot by winning at Beverley’s evening meeting on Tuesday.

The Derby-winning trainer will be saddling just a second runner on the Westwood since 2011 when the daughter of Iffraaj contests the Beverley Annual Badgeholders Maiden Fillies’ Stakes at 6.45pm.

It could be a significant 24 hours for Tregoning as he is set to run Bronze Angel, last season’s Cambridgeshire hero and also a winner on Qipco Champions Day, in the Royal Hunt Cup on Wednesday.

“Bronze Angel is in very good form and we go to Ascot hopeful of a big run,” the Hampshire trainer told Beverley racecourse.

“He was a bit of an eyecatcher on his last run at the track, when he was sixth, so there is some encouragement he can go a few places better.

“He’s never let us down at Royal Ascot, and he’s the sort of horse who continually shows a lot improvement as the year progresses.

“It’s obviously a tough race, but he knows how to handle himself in big fields.”

Diamond Blaise must firstly stick to her end of the bargain in the seven-and-a-half-furlong maiden on Beverley’s Laurent-Perrier Evening of the Horse night.

The three-year-old filly, who will be ridden by talented 3lb claimer Louis Steward, finished a narrow second at Lingfield at the start of the month, having previously shown promise at Newbury.

Tregoning said: “It’s important we get a win out of her and this looks a good opportunity.

“She’s a nice filly and should be suited by the track and the ground, and by stepping back up in trip.

“I like to get to Beverley as often as I can as it’s a lovely track.

“The northern crowds are also very enthusiastic, and that’s something I love, to be quite honest.”

Feature race is the £12,000 Laurent Perrier Evening Of The Horse Conditions Stakes at 8.15pm.

Racing is due to begin at 6.15pm, with the official going currently good, good to soft in places, and with drying conditions forecast until racing.