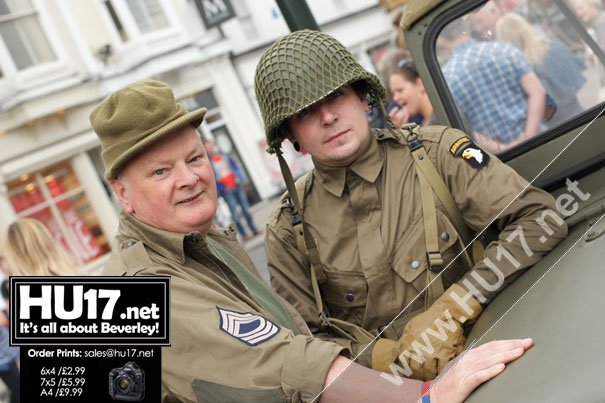 Thanks to the generous support of residents and community groups who have donated to a fund, ensuring the day goes ahead.

The Defence School of Transport based in Leconfield will be exercising its Freedom of the Borough accompanied by veterans and members of the Humberside and South Yorkshire Army Cadet Force.

Liaising with the Royal British Legion, the parade will be led by The Humberside Police Concert Band.

“Beverley has a very proud Military history which should not be forgotten, and that is why it is vitally important that the annual Beverley Armed Forces Day should take place again this year.”

“SSAFA volunteers within East Yorkshire work tirelessly around the County to support Serving and Ex-Serving personnel and their families, and we are delighted to help to fund this year’s event for the benefit of the Military Family.”

“We felt as a club that it was important to show our support for such a great event, enjoyed by all young and old.”

“It will also remind the young boys and girls of our Rugby League club of the importance of what the armed forces do for our country, now and throughout our Nation’s proud history.”

A re-enactment group, the 5/60th Royal American Rifles will bring the Napoleonic era to life to commemorate the 200th anniversary of Waterloo.

“The support from residents and community groups has been tremendous and I would like to thank them all for ensuring the event goes ahead.”

“I would also like to take this opportunity to thank all the volunteers who year after year help put the event on from those that move seats and barriers to performers who all give up their time without financial reward.”