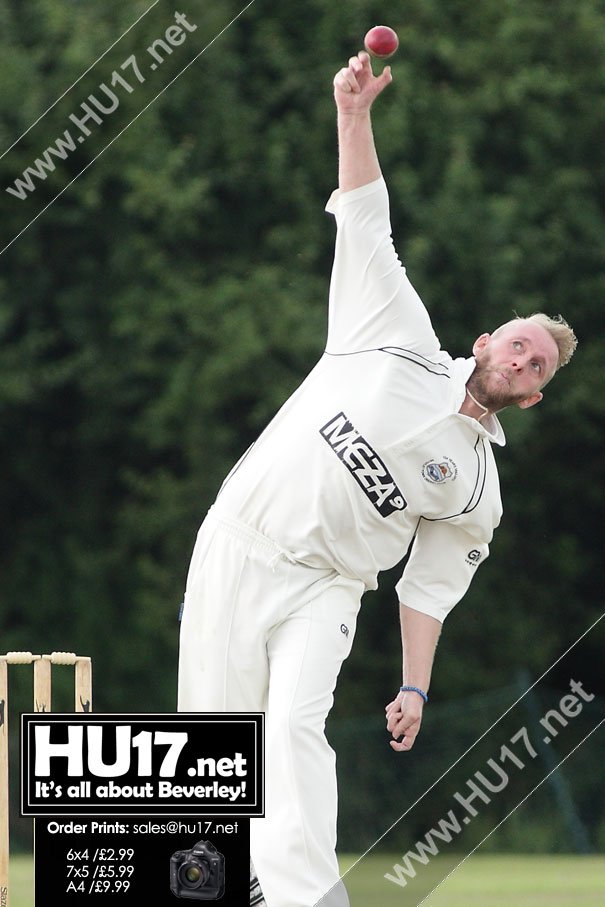 Beverley Town Cricket Club thirds continue to fly after they made it three wins on the spin by beating Driffield by 34 runs.

Having lost the toss Beverley were put into bat on one of the smallest pitches in the league and managed to post a total of 183 from their 45 over’s.

Highlights with the bat for Beverley James Broekhuizen who finished on 59 with Will Harrison chipping in with a credible 33 runs.

Driffield lasted just 36 over’s scoring 149 as Beverley ripped through their opponents with skipper Sam Welburn leading the way finishing with figures of 6/28 to ensure Beverley won all 30 points.

“That makes is three wins in a row now, which has pushed us up into fourth place, only 10 points behind South Holderness who are in second, and we play them next week.”

“Driffield is such a small pitch that even though Broekhuizen and Harrison got runs, I felt we were maybe 50 runs short.”

“Driffield started quite well but we stuck at it and the wickets came in the end. It’s always good to take a bunch of wickets and was well backed up by Matty Fitzpatrick who was back home from Manchester University.”

With the current form of the team, there is an air of confidence around the team. Next week, Welburn and his side will need to be at their best if they are to extend their winning streak.

Commenting on the game, Welburn said;

“Confidence is high and everybody is chipping in which is great to see. We have a big test against South Holderness next week as they’re always a strong side, but hopefully we can continue this run of results.”

Should Beverley bag all 30 points against South Holderness it will send a clear message to clubs around them that this season, they are one of the strongest teams in the Hunters York & District Senior Cricket League.