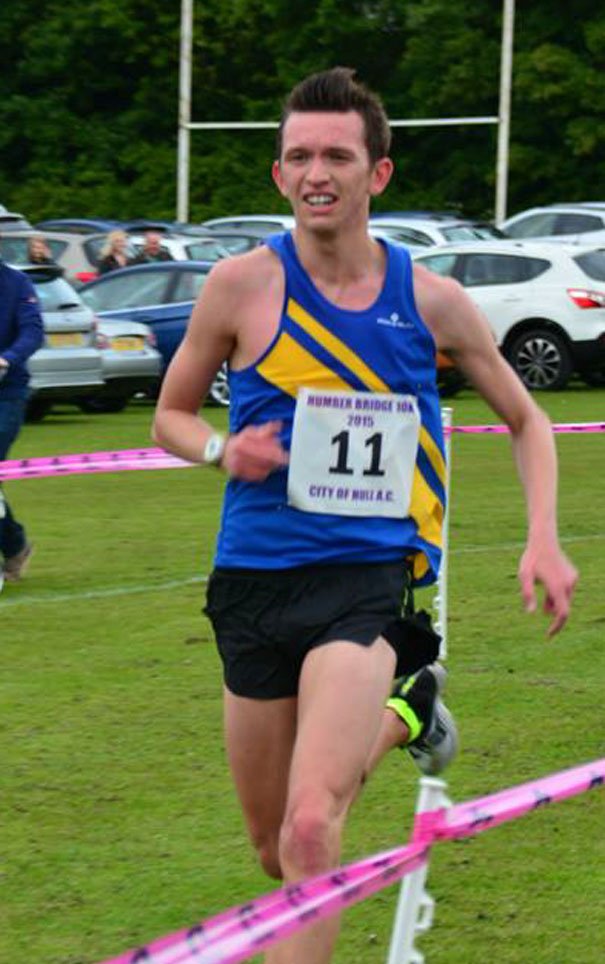 This followed up recent success at the Humberside Championships where he took 800, 1500 and 5000m titles. His 10 k time of 35:31 netted him 4th place overall, just beating ex Beverley runner James Pearson into 5th.

The Humber Bridge 10k is usually a fairly testing course with a good deal of the race being on an upward gradient, finishing with a fast last 2k from the Bridge back to the finish at Hessle Rugby Club. This year the weather, though not too cold, was very blustery on the bridge and the long slog back from the south bank seemed harder than usual.

Some other Beverley runners had notable days. Lee Phipps is on an upward form curve and 37:29 gave him 14th place. Darren Edge was 19th in 38:51. Darren always puts in consistently strong efforts at both short and long distances.

Andy Johnson is something of a race machine these days and has been stepping up to ultra distances, but still kept his form up at 10k with 40:26. Relatively new to the club, Matthew Horrocks turned in a creditable 41:17

Age category firsts came for Pete Watkinson in the M60s in 46:54 and Pam Atkins in the F65s in 61:04. Stalwarts of the club, they often challenge for the top prize in their age groups.
Rachel Sullivan was first Beverley lady back in 53:03