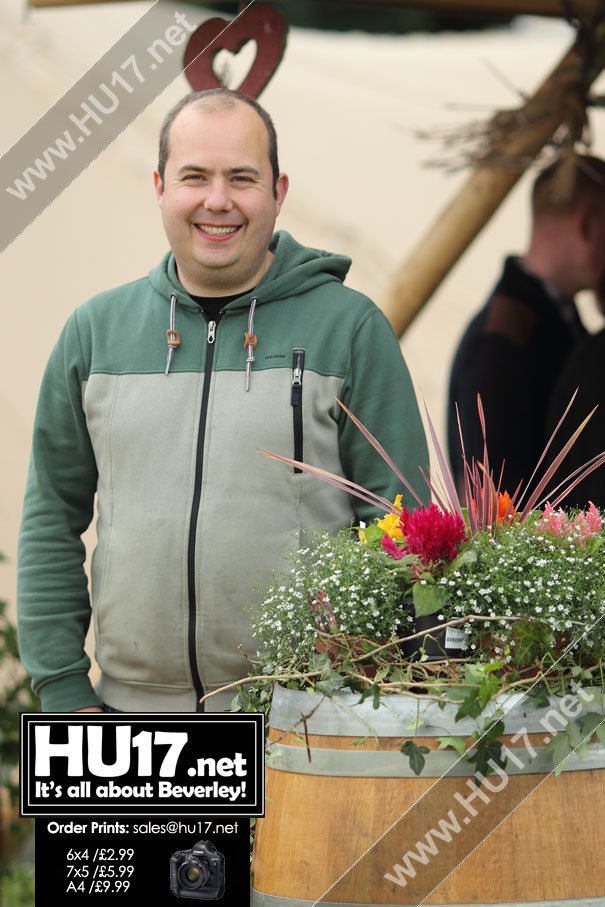 Ali Crompton says he feared bad weather will put a damper on an event staged at Molescroft Pavilion over the weekend.

Picnic at the Pavilion which was organised by The Brink turned out to be a great event with hundreds of people for the local community turning up to enjoy a day of activities, live music and fun.

Speaking to HU17.net about the event Mr. Crompton said;

“When I arrived on site on the morning I feared it would be a washout but despite the early drizzle, the people turned up and the clouds began to pass.”

“By mid afternoon, the sun was out and over 500 people enjoyed the activities provided and spending quality time with family and friends.”

“That really is the heart behind the event. We have wanted to create a sense of community, of neighbourhood spirit, and I think we’ve really captured that.”

Brian Bate from East Riding Adventure who were at the event holding an interactive stall teaching young children some of the basics used is bush craft said;

“This been a great day for us here. As you can see the children really love trying out some of the techniques used to create fire in the wilderness.”

Feedback from the day was once again positive from those who attended. Mr. Crompton expressed his gratitude and the support he received from sponsors and members of the community, he said;

“From the people who came and supported, to those who brought activities, people who donated time, energy and resources and our event sponsors.”

“It’s all been about local connections and friends creating something for the local people.”

“Part of that has also been about raising funds for The Brink, organisers of the weekend, and local teenage cancer charity Kickstart.”

“Donations are still being counted but over the weekend we have already raised over £2000.”