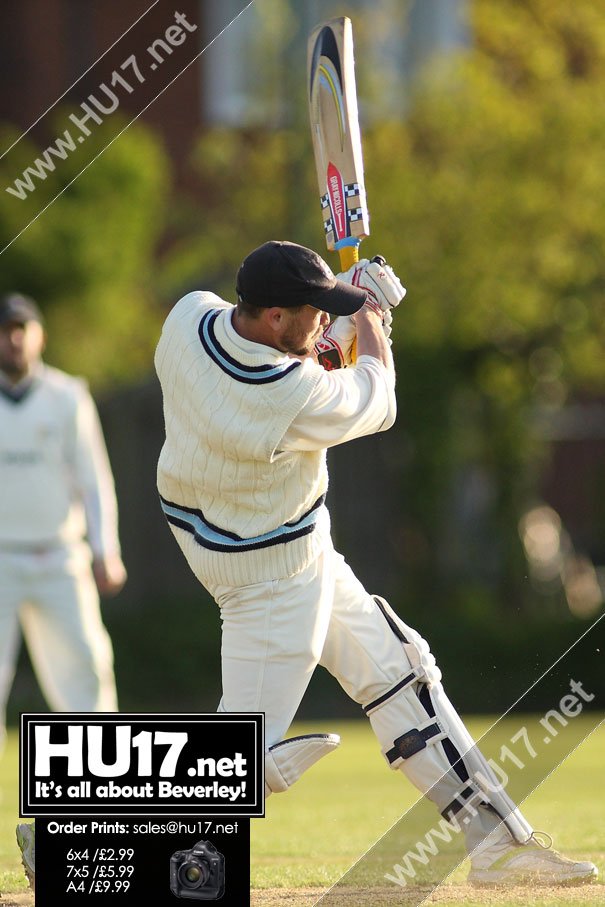 Having lost the toss Heworth put Beverley into bat who posted a total of just 123 runs with only Jonny Vodden,  club captain Jonathan Fisher making any sort credible contribution with the bat.

In reply Heworth chased down the total in just 23 overs reaching the required total of 124 for the loss of just two wickets to claim 30 points and eight wicket win.

Beverley Town remain bottom of the table some 27 points behind the closest rival Studley Royal and are in real danger of going down.

The season has proved to be a troubled one Beverley Town and the next round of fixtures in June could prove critical for the club as they look to avoid the drop.

Within their up and coming fixtures Beverley will face Dunnington, Studley Royal and Scarborough. All of which based on their current form will be very difficult games the Beavers.

However this coming Saturday Beverley face a real tough test as they host one the strongest sides in the league, Sheriff Hutton Bridge at the Norwood Recreation Ground.

Unless Beverley bat a whole lot better find bowlers from somewhere to get the wickets they need to win games next week and could be a one-sided affair with Beverley finding themselves cut adrift.

Elsewhere in the table Woodhouse Grange remain top after their six wicket win help them open up 44 point advantage over their closest rivals Scarborough. Stamford Bridge and Sheriff Hutton Bridge both lost ground in the title race however still remain in the mix at the top the league.