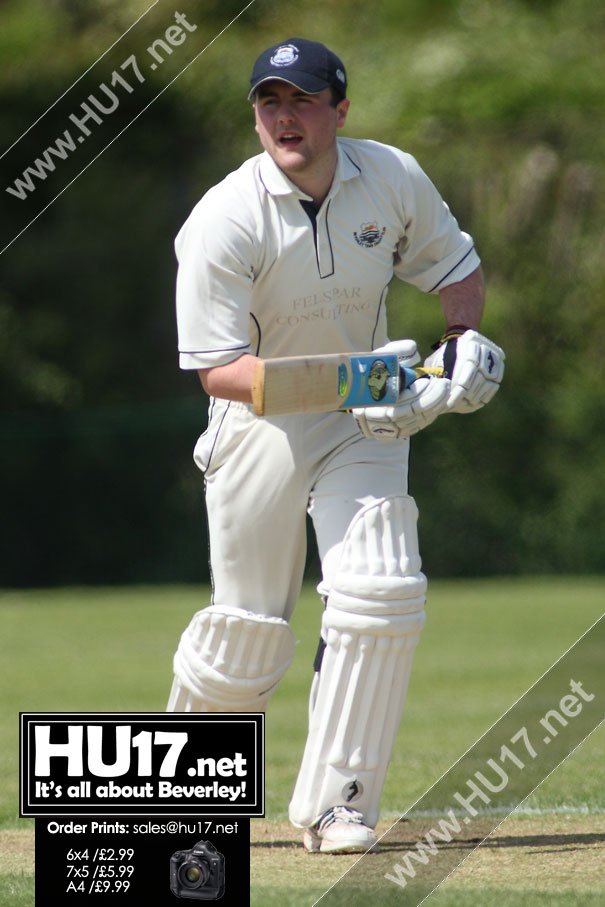 Batting first the home side posted a score of 188 with James Broekhuizen 30, Alex Nightingale 34, Richard Simpson 33*and Nelly Graham 30 all making a credible score.

Skipper Sam Welburn was delighted with the performance of his team who are showing they have a real fighting spirit and the ability to grind out results.

In reply the visitors were dismissed for just 180 off 39 overs, Nightingale ending with figures of 4/27 while the skipper himself picked up three wickets.

Welburn however singled out Jake McMullen’s performance praising the youngster for his efforts.
Speaking to HU17.net after the game Welburn said;

“That’s twice in two weeks we’ve stuck at it and this week got us a win from an unlikely situation.”

“Jake McMullen came into the team on Friday after being left out from last week. He struggled last week at Hessle but today really showed that he can make a difference by bowling one of the best spells I’ve seen from him.”

This was a big game for the third team against a side who are above them in the league table and a very important 30 points.

The thirds are ticking along nicely in their league and are not too far behind the leaders Humbleton, Welburn added;

“It was an important 30 points, we’re missing a fair few players next week and it’s good to know that the players from today will go into our next game with a bit more confidence.”

“Players in the forth team are performing and pushing our players for places and as a captain one of the better situations I can have is people making my life difficult to pick a team.

“It was 30 points that we really worked hard for as an entire team. I can’t ask for anymore than that.”

Beverley are again at home next weekend against Sutton-on-Hull a match they will feel they can win.