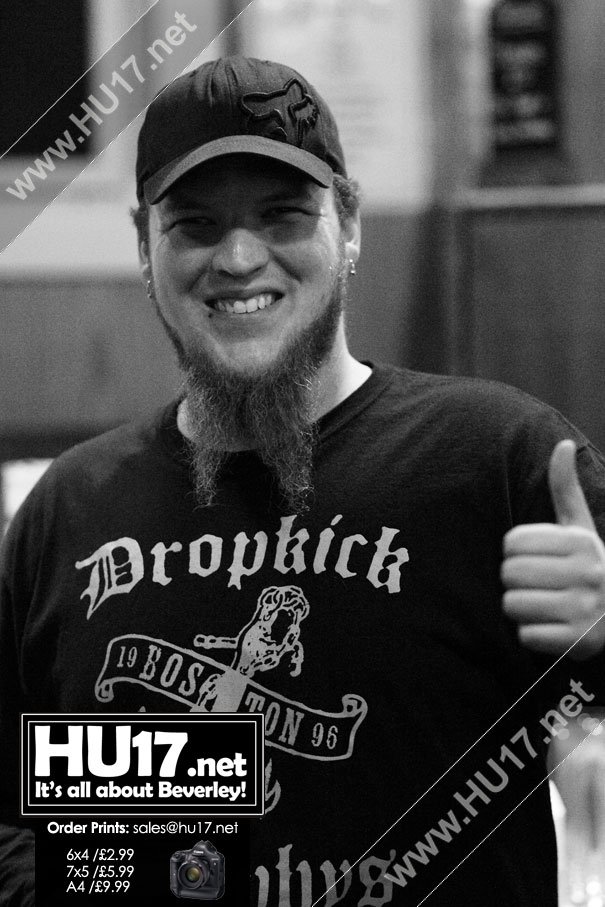 On a night that saw nine performers take to the stage that included some familiar faces as well as newcomers even raise a grand total of £300.

“We wanted to do something as musicians to support what we see as a marvelous service that Beverley Community Lift provide around the local area.”

“As a charity they have had a lot of their funding cut and really rely on events like ours to generate vital funds needed in order for them to continue their good work.”

“We held a prize draw on the night and I wish to thank all the local businesses tremendously their support in donating the prizes as the draw really boosts the amount of cash collected.”

Prizes were donated by Ray businesses in Beverley. They were Beverley car and cycles, JH Family Butchers, Murray Todd, Rhumi’s Restaurant, Saints and Sinners The Tiger Inn, The Lairgate Hotel and Durham Ox.

Other support from the event came from John W Adams who printed all the posters for the event free of charge.

“I would also like to thank Rob Lever from the beaver pub along with John Moffatt and Laura Douse were instrumental in ensuring events like this can happen.”

The charity open mic night is on May 26 and is in aid of Challenges Worldwide to help one of Graeam’s friends fundraiser. The charity set up to help support the poverty stricken villages in Uganda.