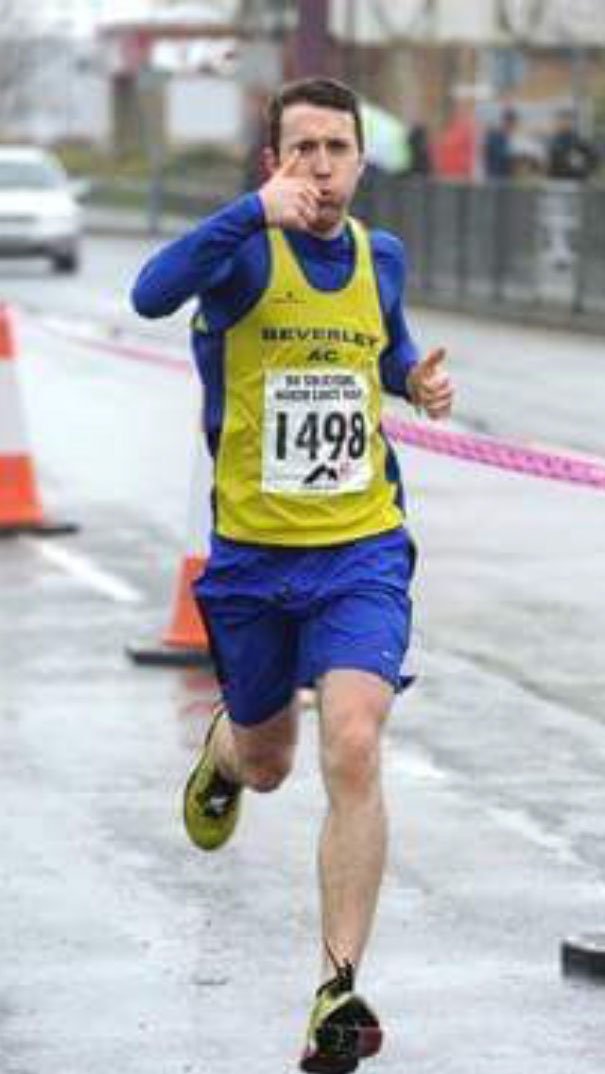 Twelve Beverley AC members took part in the North Lincolnshire Half Marathon near Scunthorpe last Sunday. This year’s was the fourth time the race has been held on a fast, flat course interrupted only by motorway bridges.

The race has become a major event, with over fifteen hundred finishers this year. Although holding the potential for personal best times, this year runners faced very wet and cold conditions; the course was waterlogged in places and athletes had to choose whether to go through or around the many large, deep puddles. Nevertheless, the finish, which involves a lap of Scunthorpe United’s stadium, lifted runners’ spirits as they reached the end of their 13.1 miles.

First runner home for Beverley was Nicholas Riggs, who completed a strong run in 1:23:16, 39th overall and 4th in his V40 age group. Also having a good run was Rob Gray, who recorded a personal best half marathon time of 1:28, nearly three minutes faster than his previous record. Third man home for the club was Andy Tate, recording a creditable time of 1:42:34.

Diane Coleman was the first of Beverley’s women runners to finish. She crossed the line in 1:50:11. Rebecca Burge and Kate Mitchell finished a second apart, in 1:58:35 and 1:58:36 respectively.

The race winner was Matthew Nutt, running for Wimbledon Windmilers. He recorded 1:13:26. For the women, the fastest was Tori Green, of Ripon Runners, who finished in 1:23:14.