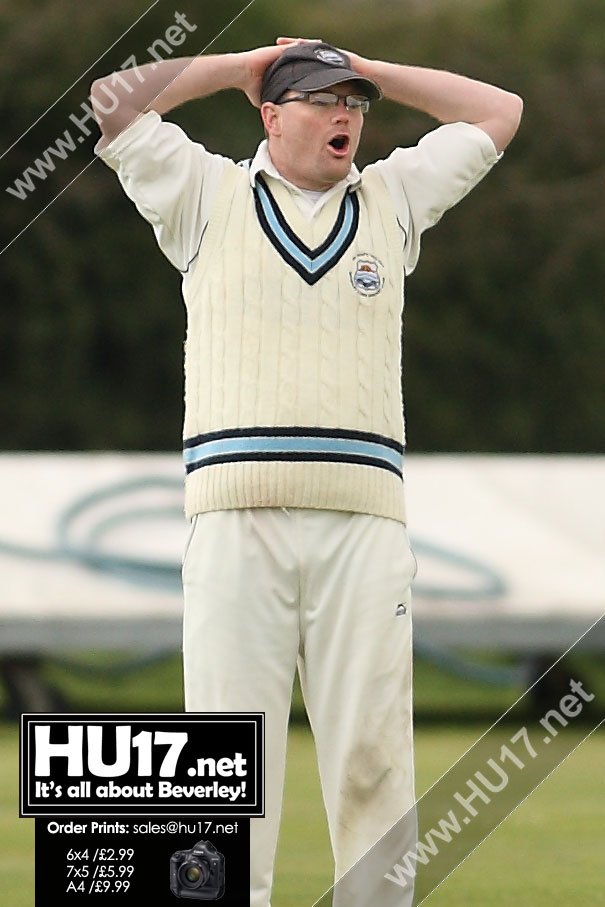 Newly promoted Acomb sit proudly on top of the Hunters York & District Senior League Premier Division after their match against Beverley Town Cricket Club was the only one to reach a conclusion as rain ruined the latest round of matches.

Andrew Brewster, who joined the club from Bolton Percy in the off season, took four wickets for a second successive match ending with figures of 4 for 16 as the visitors were all out for 74, and it took the new League leaders just 16.3 overs to chase down their modest victory target, Harry Booth leading the way with an unbeaten 37.

Skipper Steve Burdett made sure defending champions Woodhouse Grange picked up maximum bowling points taking 5-25 against Clifton Alliance, as despite 48 from Alex Renton they were bowled out for 154. The visitors reply lasted just two overs before the game was abandoned and the sides, which both won on the opening day, were forced to share the points.

Another match featuring two winners from the previous week was Heworth’s visit to Sheriff Hutton Bridge. The home side made 216-9, skipper Adam Fisher adding to last week’s half century with 45 and receiving support from Mark Fisher who made 40. Richard Walton’s four wickets kept the visitors in the game but unfortunately the rain arrived just after they had begun their reply.

Jonathon Moxon (128) produced the highest individual innings of the season to date as, despite five wickets from Jake Murphy returning to Clifton Park with new club Dunnington, York II scored 268-8. Sam Beales also contributed 48 after the home side recovered from being 17-2. The visitors had reached 39-0 in reply prior to an abandonment which leaves both clubs still searching for their first win.

Mark Mierzwinski (102) was the days other centurion and his opening stand of 139 with Stephen Piercy (63) laid the foundation for Easingwold’s total of 258-4, Scarborough’s Matthew Wilson taking all four wickets to fall.

Stamford Bridge posted the days highest total of 272-6, Sam Tennant (57), Kevin Murphy (49no) and Dom Rhodes (47) all contributing to ensure their side claimed maximum batting points before the match was curtailed with Fenner on 23-0.

The match between Studley Royal and Hull Zingari saw the least play, with only 36 overs possible, however both Dan Craven (59no) and Rob Nicholson (51) managed to make half-centuries in the home side’s total of 155-4.