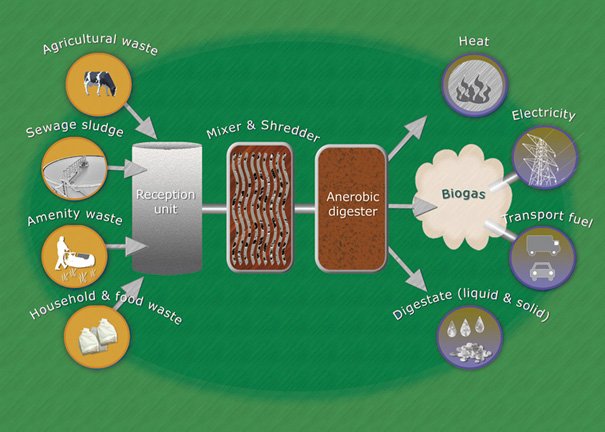 Green technology developed in Sweden will drive the production of biogas at F D Bird and Sons’ Brandsburton site.

Swedish Biogas International have been at the forefront of biogas and biomethane – the vehicle fuel liquefied biogas – for the past 15 years and their technology has been brought to Britain by 3AD3, and is already in use across the UK.

The process of Anaerobic Digestion (AD) works as follows.

• AD is the natural breakdown of organic materials into methane, carbon dioxide gas and biofertiliser, speeded up and controlled in this process in an Anaerobic Digestor
• This is a sealed vessel or series of vessels in which bacteria act without oxygen to break down warmed organic material
• Biogas is the name given to the mixture of gasses formed during the anaerobic digestion of the organic wastes
• Biogas consists of methane (about 70 per cent) and carbon dioxide
• It can be used in stationary engines to generate electricity but is not suitable as a vehicle fuel
• After removing the carbon dioxide (the major greenhouse gas pollutant) the remaining methane is known as Renewable Natural Gas, or biomethane
• Biomethane is virtually identical to natural gas, but uses waste products and can be produced in days, rather than millions of years.

Owner John Bird is keen to stress just why investing in the production of biogas is so important to him, the environment and the location of his business.

He said: “AD is the way forward for so many reasons.

“It is a safe way to produce gas without the immediate and long-term risks to health and the environment from conventional or fracked gas production.

“It is carbon neutral and this matters in the East Riding which is under huge threat from flooding and coastal erosion because of climate change.

“It is far better than what happens now – nobody likes the stench from muck-spreading and landfill sites create gas pollution and stench.

“The landscaping around the site already works well and there should be no detriment to Leven.

“It provides sustainable jobs and is another step towards East Riding having an economy based on renewable and sustainable energy – we have seen the future and it works.”