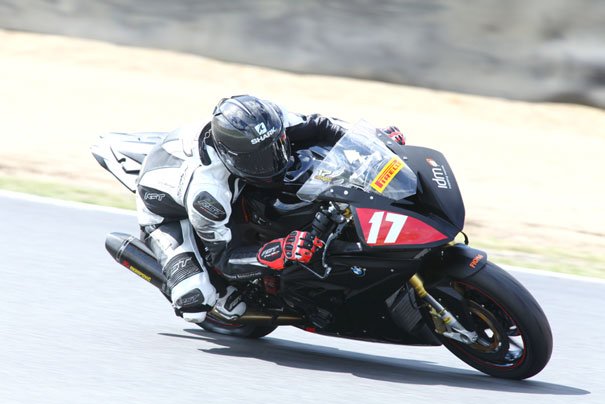 Beverley rider Dominic Usher scored another points finish in round two of the National Superstock 1000 Championship at Brands Hatch over the weekend to add another championship point to his account.

The short Indy circuit makes overtaking difficult as there are few passing places and with 38 machines on the grid it was always going to be an uphill battle for Dom as he began the race from the eighth row.

His cause was not helped when he crashed in morning warm up when the bike spat him off along Cooper Straight after just two laps. Although not badly injured Dom suffered some bruising which made for an uncomfortable ride in the race.

But he gritted his teeth and set off to a good start in the 24 lap affair completing the first lap in 21st position. He made steady progress moving up the order reaching 15th place on lap 15.

Although he moved up a position on lap 19 he was beaten back to 15th one lap later and remained in that position to cross the finish line in the final points scoring position of 15th.

“I have had an OK weekend here at Brands Hatch although it would have been much better if I hadn’t crash in warm up.”

“But we have learned a lot with the BMW and made some more steps forward so we are looking forward to the next round where we hope to make more progress.”

The next round is at Oulton Park in Cheshire over the May Day Bank Holiday of May 2-4.