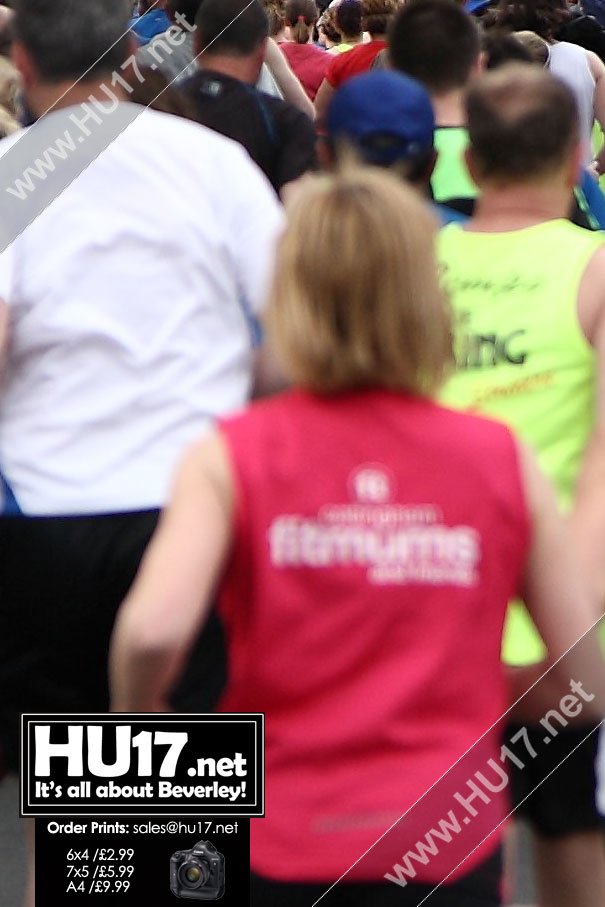 Athletes from local running clubs and from further afield gathered at Great Hatfield last Sunday to take part in the Hornsea 1/3 Marathon.

This annual event is organised by the Rotary Club of Hornsea and East Riding in support of Marie Curie Cancer Care. There was a record of 353 finishers this year, which included 23 Beverley AC runners.

Weather for this year’s race was cool, but the threatened showers held off providing reasonably good but windy running conditions over the 8.74 mile undulating rural course on country lanes around Great Hatfield. The race was the British Open National Championships for this distance, and was also the third designated handicap race for Beverley AC.

First Beverley runner to cross the line was Lee Phipps who finished in 52:16, taking a creditable 6th place overall. He was followed by Darren Edge, who is running very strongly at the moment, and who took 2nd place in his V45-49 age group with a time of 55:01, and in 14th place overall. Edge took over half a minute from his time in the same race last year. The third Beverley man to finish was David Morrison, recording 58:51, for a good 31st position.

The winner of the men’s race once again was Phill Taylor of Bridlington Road Runners, who finished in 48:47. Carla Stansfield also repeated her win of the previous year, running now for her new club, City of Hull AC. She crossed the line in 55:14, well over a minute faster than her time the previous year.

Further afield, two Beverley AC runners took part in the Brighton Marathon, both going under the four hour mark in their debut at this distance. Edd Lisney and Mark Sykes Cook crossed the line together in 3:56:08, placing in the top 15% of around 19,000 runners.