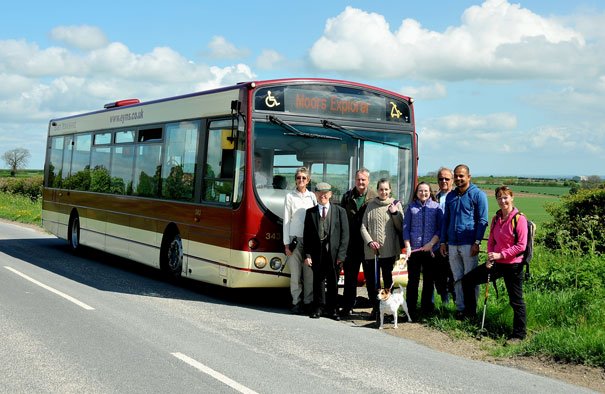 Hull-based bus company EYMS has announced that it will be running buses from Hull, Cottingham and Beverley to the North York Moors again in 2015.

Last year the National Park Authority withdrew their funding for the popular ‘Moorsbus’ scheme, leaving Hull and East Yorkshire residents with no public transport to the Moors.

EYMS stepped in to run their own Moors Explorer service, following pleas from passengers, and the service proved so popular that the company had to put bigger buses on the route.

EYMS Commercial Manager Bob Rackley said: “It was a risk for us to run the service commercially last year, as it had always been dependent on funding from the National Park to cover the driver and fuel costs. However, support from passengers and local walking groups was brilliant, and on some days we even had to put a bigger bus on to make sure we had enough seats for everyone who wanted to travel.”

“We are hoping that this year is just as successful, to ensure that we can continue to run buses to the Moors for years to come.”

More information can be found by picking up a leaflet from Hull Interchange, Beverley Bus Station, or local Tourist Information Centres, visiting the company’s website www.eyms.co.uk or ringing BusLine on 01482 59 29 29.