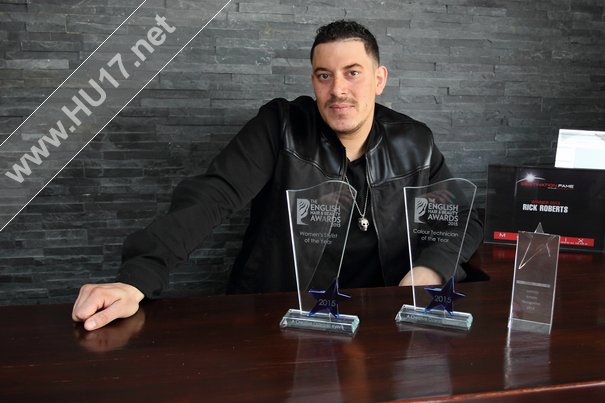 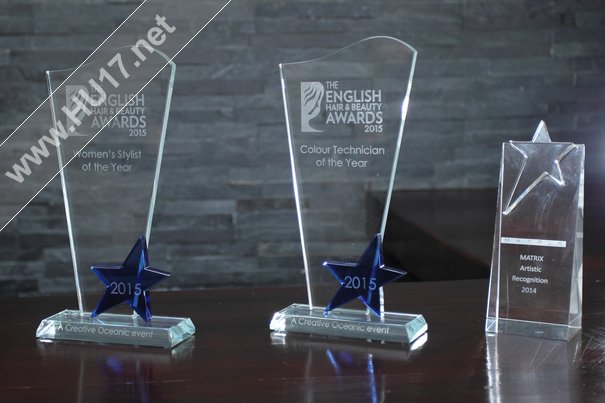 Rick Roberts the Creative Director at Rick Roberts Salon said it felt great after he picked up two awards at The English Hair & Beauty Awards.

“I Feel great to have won these awards. I have worked really hard over many years to be recognised as a distinguished hairdresser. It was a perfect end to what has been a great month for me. In March, I have won four top awards, it is just amazing.”

“Being the greatest or acknowledged as the being the best Ladies Hairdresser is important for me and the salon. It is marvelous to carry the title when I am doing shows and teaching around the UK and Ireland.”

“Winning colour technician is hugely important. When I started hairdressing, I did not like colouring but know I love it now. To win this after I have just become a Matrix Colour Master is incredible.”

“The colour technician award is the icing on the cake as it shows I’m great at colouring and women’s hair, both awards complement each over very well.”

Having enjoyed such a successful month Mr. Roberts said he had no idea he would win in Manchester, when asked how he felt about his chances he told HU17.net;

“I never go expecting to win any awards, but I knew this year my profile has got bigger. I thought I had a better chance, but to win two awards was simply amazing.”

When asked about the other awards Mr. Roberts has scooped he said;

“The second one I won in Budapest last week, Matrix Artist Recognition Award. This was when I was launching Matrix, the biggest product launch for seven years. Furthermore, next week we are competing in the L’Oréal Colourtrophy.”

When asked if he felt winning these awards is good for business and for Beverley Mr. Roberts said;

“Any kind of award is important for the salon. Winning one award is outstanding but winning four in one month is amazing and shows hard work pays off. Having excellent staff and wonderful clients is what make us great.”

“For me, we have good hairdressers in Beverley, but we are the biggest winning salon in Beverley. With a multi award winning salon we can truly say we have made a mark in the industry, putting Beverley on the hairdressing map.”