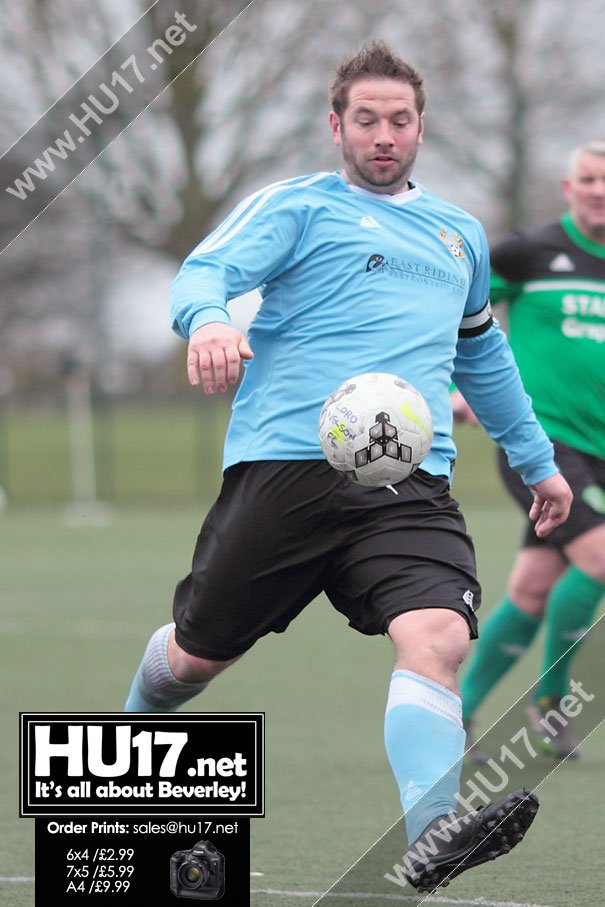 Terry Jackson was left feeling quite chuffed with himself after he watched the Lord Nelson beat Walkington 2-1 at Longcroft School.

James Chadburn opened the scoring for the Lord Nelson early in the first half. Walkington got back on level terms after Ryan Martin converted a spot kick.

But it was the Lord Nelson’s Matty Littlefield was to have the final say when he came off the bench to score the winner.

“I am very happy with the result, it was a tough fought game and good derby win.”

“Without question I got my tactics right and the lads all put in a great shift ensuring we came away with all three points. We scored a couple of good goals too and deserved win.”

The gaffer named his skipper, Danny Mackevych as Man of the Match, for his efforts, he said;

“Walkington’s danger man and the one that looked like causing us any problems was Adam Bowes but unfortunately the striker never really got look in thanks to a sterling job by Mackevych.”

Given the gulf in the two sides in terms of league position this was a great result for the Beverley side against team that featured a host stars including Luke Thompson and former Hull City ace Dean Windass.

Victory sees the Lord Nelson climb up to seventh place in the East Riding County League. Next weekend they will host St Georges while Walkington will host Gilberdyke Phoenix at Broadgates.