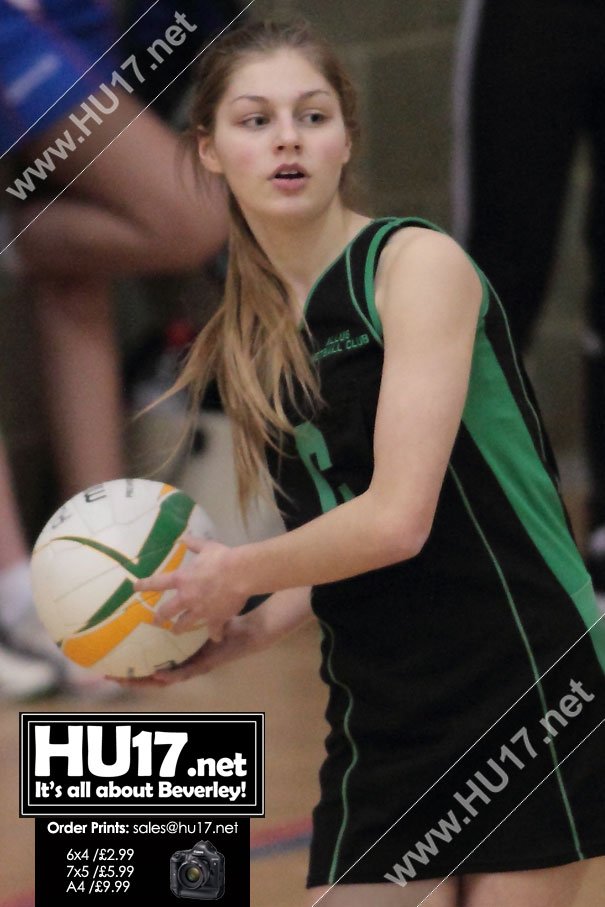 The 5th game of the U14 regional league saw Allus Netball Club come up against Chevrons at Airco Arena.

The starting seven was strong with the defence working hard. Allus had the first centre with Chevrons winning a quick turnover. Despite the turnover the defence kept strong. Lucy Moir as WA fed the circle well keeping the game moving. The first quarter ended with the score as 3-9 to Chevrons.

After some changes with Laura Kelly (U14 Captain) moving to GS which gave the attack a new lease on the game, Evie Moy moved to GK, allowing the defence to switch around and keep them getting tips and interceptions. Bella Brittain (U14 Vice-Captain) had moved to WA and helped to give the shooters opportunities. The half time score ended as 7-22 to Chevrons.

By the 3rd quarter Allus were playing a game of catch up, but with Evie Edwards and Lauren Johnstone taking to court the team had some fresh legs. Lucie Maull made some clean interceptions which allowed the team to keep it moving down court where Lucy Norton was waiting anxiously to shoot. The final quarter finished 10-28 with Chevrons in the lead.

Going into the final quarter after a pep talk from the coach, Jennie Simmons, the team went on ready for the game. Erin McCabe kept strong, pulling in many interceptions working well as a part of the defensive unit. The team kept going and battled until the final blow of the whistle. The final score ended as 14-30, with Allus unlucky not to score another goal for a point.

Chevrons seemed to be the stronger team on the day, but the team all took to the court and were sadly unable to beat Chevrons.

Credit goes to the whole team who pulled together to give an active and able performance.