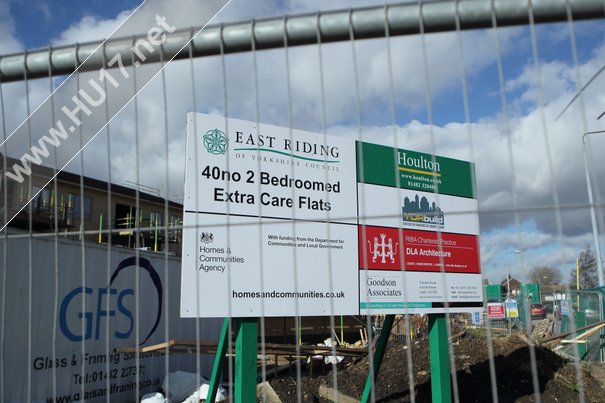 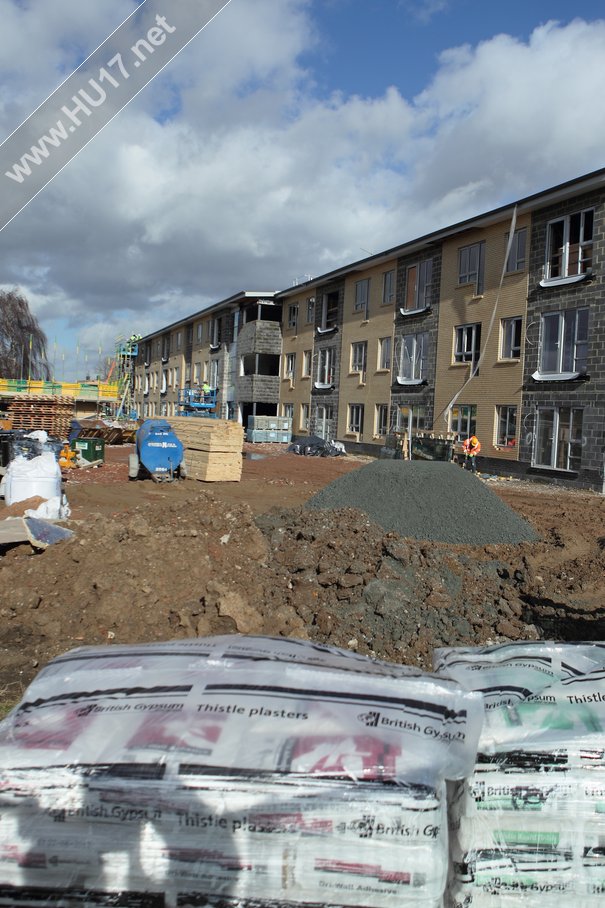 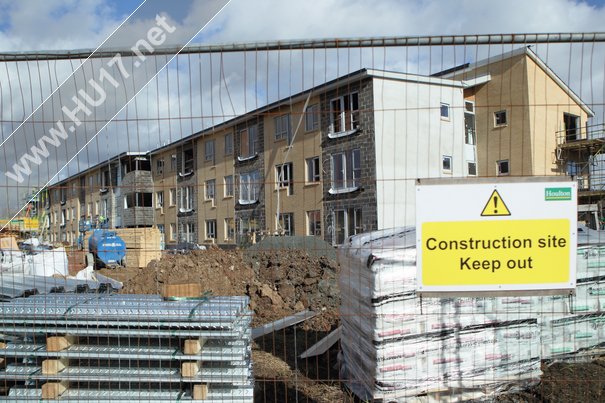 An angry resident on the Swinemoor Estate in Beverley has contacted HU17.net to voice their concerns over the £6.75m development being built by East Riding of Yorkshire Council on Burden Road.

The person in question has asked to remain anonymous amid fears the council will look to make life difficult for them for speaking out about their experiences and sharing their views.

Speaking to HU17.net they said;

“It is a different colour for starters. It looks like something you would see on the sea front in Benidorm and looks totally out of place.”

12 months in the £6.75m project has seen what was once an all-weather sports facility and play area transformed into housing for old people with dementia.

All 40 flats are two bedrooms with the idea being that carers or partners can stay with their relatives at what East Riding of Yorkshire Council say will be affordable rents.

During the construction, residents have suffered a massive increase in traffic, noise with some saying parking has become a real issue.

The resident who contacted us added;

“What really winds me up is that this seems to have been a done deal long before we were invited to look at the plans. I cannot recall the exact date, but we were all given three options and asked what we wanted, these were not one of those options.”

“The next thing I know we’re being invited to look at plans, I said at time it seemed to be a bit big but was told by someone it’s only two floors, not three as the bottom level is not counted.”

“If you thought that was bad, this has been built with no parking, when I asked what they were doing about that I was told they would only be employing people who could walk to work.”

“Do the council really think we are that stupid? You cannot even advertise a job like that, it’s against the law. Besides you do not have many doctors and specialist nurses living around here, they live in the posh areas.”

“We don’t have say in anything around here anymore, just look around you. They closed the day centre and use that as a car park now. The old folk used to love going there on Wednesday for many it was the only time they got out. By the time I get old there will be nothing left for me, where will I go?”

“The constant noise is starting to also really get to me now. They are working seven days a week at the site, and you can hear everything. It’s enough to drive you mad with the constant sound of diggers and beeping coming from the site.”

For this resident and many like them the completion of the project will be a welcome one.

Going forward the extra traffic and an increase in cars parking on the street will just have to be something people will have to deal with.

Large-scale projects do not appear to be quite finished with yet in Swinemoor with a number of people contacting HU17.net saying they have seen the playing field being measured by surveyors.