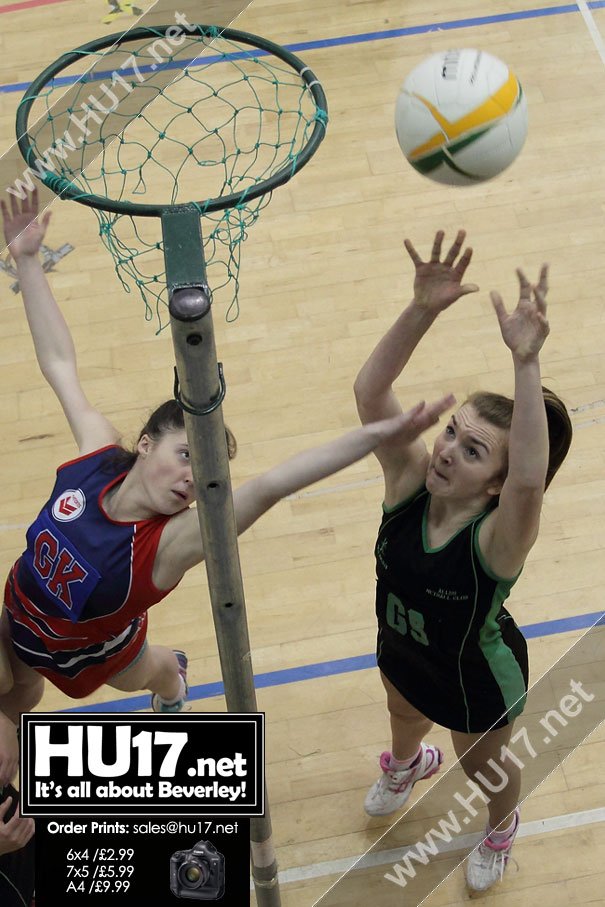 The fifth match of the Yorkshire Regional Netball U16 League saw Allus Netball Club take on Chevrons, the top performing teams from Humberside.

Two teams from each county in the region qualified to take part in October last year and in the Regional League, the top two teams shall qualify for the National Finals.

To date, both Beverley’s Allus and Chevrons have won 3 of the 4 matches played this year, against the top 8 teams in Yorkshire.
Allus hoped to secure another win, however Chevrons had previously done well in this league, moving them forward to play at National level.

Chevrons got off to a flying start demonstrating strong skills, whereas Allus took some time to get into the swing of the game.
Unfortunately, this continued throughout the rest of the first quarter as nerves had taken the better of Allus. At half time, the score stood at 21-9 in favour of Chevrons.

The second half saw an improvement for Allus as confidence continued to grow within the whole team. When the ball was successfully passed down the court, with greater confidence apparent, shooting was accurate.

Eventually, in the fourth quarter, height was used to our advantage and teamwork for Allus was much improved. Although, Chevrons kept up the pressure throughout resulting in a win. The final score was a very respectable 37-24 with both teams gaining points from this.

Allus and Chevrons still have a chance of qualifying for the National Finals in May this year.