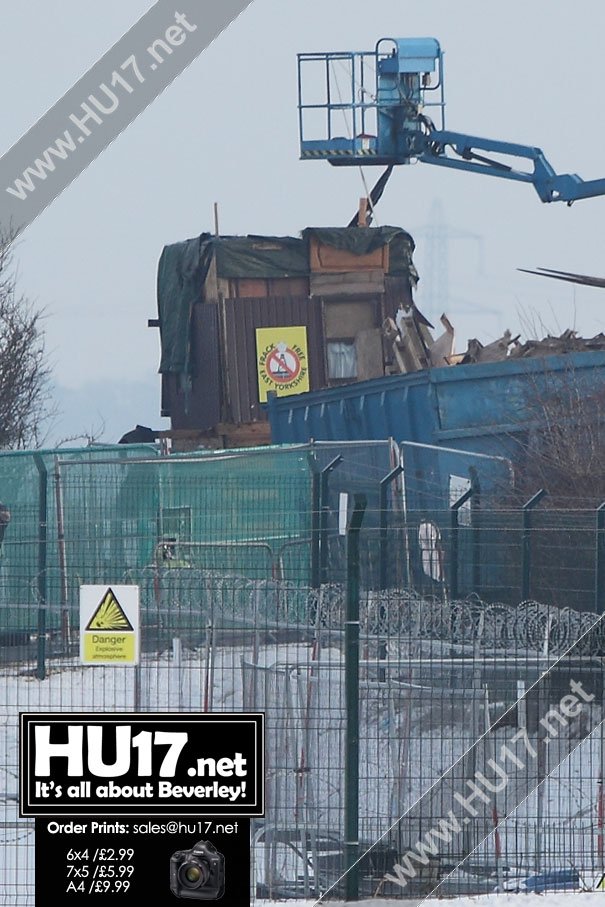 East Riding of Yorkshire Council can today reveal that the overall cost of its enforcement operation at a protest camp near Crawberry Hill, last week, could be in the order of £75,000, pending receipt of final details and excluding police costs.

The council served legal notices on 2 December 2014, under sections 143 and 149 of the Highways Act 1980 at the camp, following a number of safety concerns raised by local residents, police, the highways authority, landowners and a parish council.

In the notices, the council requested that the protesters removed all caravans, tents and wooden structures within a 35 day time frame (no later than 7 January) to ensure compliance with the notices.

Unfortunately, these terms were ignored and the council was left with no alternative but to remove the fencing, timber buildings, caravans and tents from the highway verges to ensure the safety of motorists, the travelling public and the protesters themselves.

Nigel Leighton, director of environment and neighbourhood services, said: “The council had hoped that a common sense solution could have been reached but, following the refusal of the protesters to move the caravans and structures, the council had to act in the interests of public safety.

“The size and scale of structures that had developed on the highway over recent months had become a real hazard to motorists, the travelling public and the protesters themselves. It was with great regret that the council had to take enforcement action, which has come at considerable cost to the public purse, and the authority will use all legal recourse available to recover the costs from the protesters.”

The work was undertaken by the council’s contractor, UK Eviction Partnership, on Tuesday, 20 January, and the authority is now making arrangements with protestors to reclaim personal belongings that are currently being held in storage.

The council also had to divert streetscene staff and equipment to clear litter and mechanically sweep the site once all the structures were removed, these works included:

• The collection of six skips full of waste, which included large volumes of timber and building materials and a large amount of human waste.
• Repairs to the hedge line and verge, including the use of four tonnes of soil to reinstate several holes where toilets had been dug into the ground.
• An engineering assessment to test the strength of the Crawberry Hill site access road following the discovery of an underground tunnel, excavated by protesters underneath the highway. This tunnel would have put the stability of the highway and safety of users at risk and required 1.5m3 of concrete to fill the void. This further justifies the council’s actions to ensure the safety of highway users.
• All de-constructed building related material removed from the site will be recycled.

“While the council fully supports the right to protest, the operational costs and ongoing spend related to this enforcement action, such as storage of possessions, administration, staff time and resources to restore the site, is shocking and comes at a time when budgets are being reduced. This is a pressure that both the council and Humberside Police could well do without.

“To be clear, the council has and does not seek to obstruct or deny the protesters’ democratic right to protest and the offer of a safe area of highway for protest, in person only, is available.”