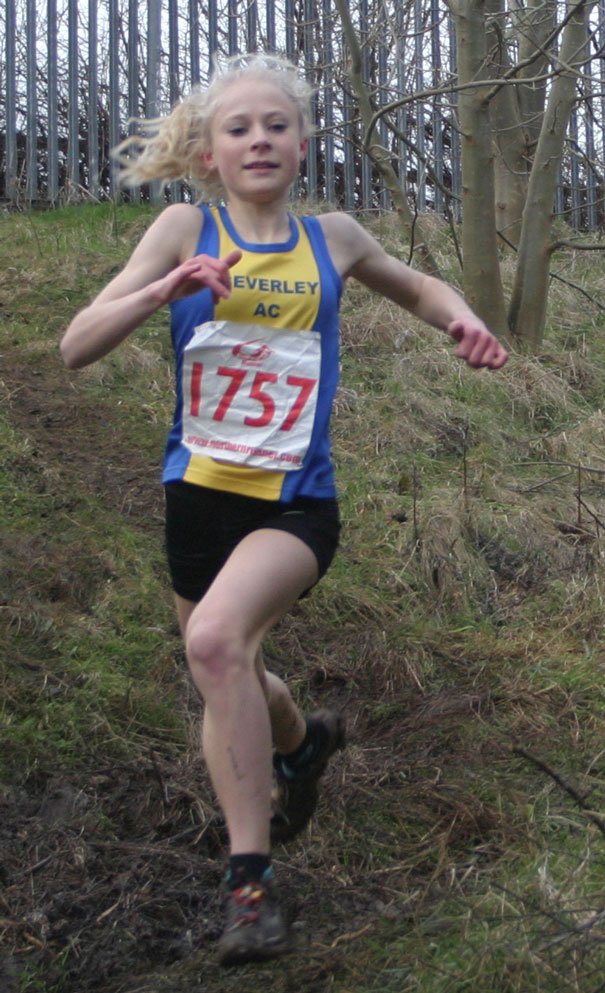 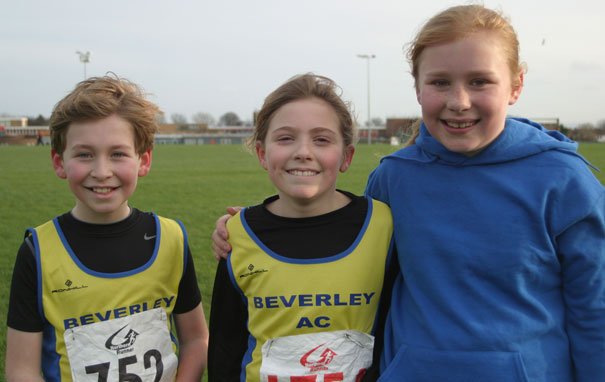 The race at Summerhill was hosted by Hartlepool Burn Road Harriers and is considered the toughest in the series.

It was a very cold afternoon and the ground was soft, but not muddy, unlike last year making conditions perfect for a good race. Each lap involved a narrow stream crossing and three steep hills.

In the under-11 boys’ and girls’ race Beverley fielded three runners. Erin Glover led the girls across the line finishing in fourth place overall. Erin is enjoying her first season and currently lies in fourth place in the league. Jessica Tew and Jack Marsay made up the team finishing in sixth and tenth positions respectively.

In the under-15 girls’ race Beverley fielded two runners. Becky Briggs led the girls across the line finishing in second place, Morgan Dennis made up the team finishing in eighth position.

Becky currently lies in second place in the league, but selecting her best 5 scores from six puts her in a strong position and a fair chance to contend first place at the last cross country fixture in February.

Report and Photos by Alan Glover