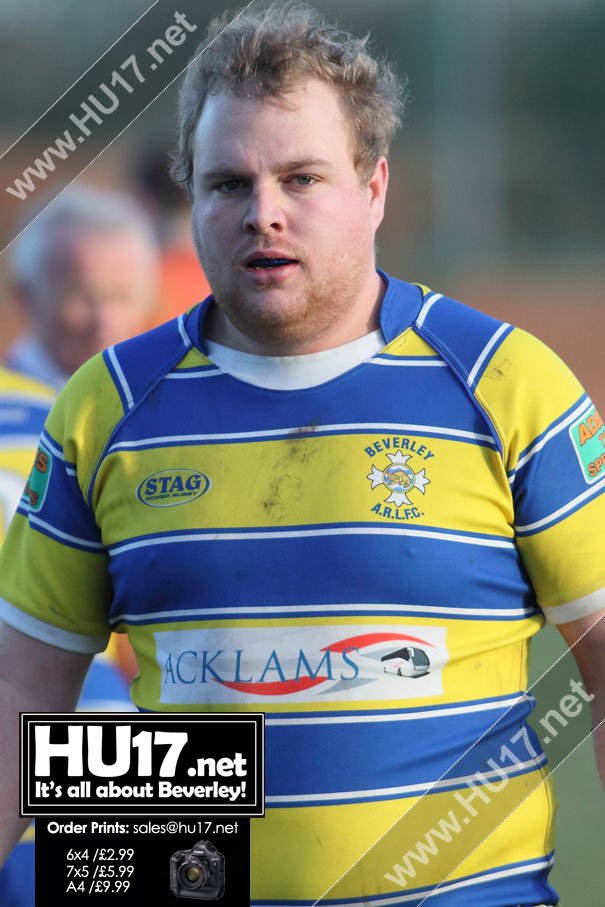 The events of the previous weekend had left everyone at Beverley ARLC feeling a little down, but this performance proved to be the perfect tonic.

Adam Robson, Jake Hart-Fisher and Rich Etherington were all unavailable with injuries. Jack Howdle was carrying an injury but was selected on the bench, and in the event was not used.

The opening half an hour was scoreless. Lambwath had the lions share of possession and indeed had a number of repeat sets on the Beverley line. In at attack, the hosts looked a little rusty with passes going to ground when scoring opportunities were there. However, their jitters were settled on the 30th minute after a spell of pressure in the Lambwath 20.

Mike Cooper spotted some space on the right flank, scooted from dummy half to send Ben Calvert over wide out. Anfield converted. The home side with their tails up pressed on. Will Mail who impressed in his new role in the centre broke down the left-hand side and got a pass away to Lee Falcus. Falcus could not quite make the line but took the tackle and got in a quick play the ball. The ball was then shipped swiftly to the right for Ben Calvert to score another converted try wide out.

The momentum continued with another crisp handling movement right across the field. Steve Connolly gave the final defence splitting pass which sent Lee Falcus over for another try. A cross-field kick was then re-gathered and Lee Falcus was then sent over behind the posts. Both tries were converted for a 24-0 interval lead which was important as the home side would be playing the second half into the teeth of a howling gale.

In the event, playing into the wind proved to be no handicap. Early in the second half Josh Pooley was unlucky not to have to scored when he had the ball stolen over the line and Louis Hubbard similarly had the ball stolen with just the full back to beat.

Moments later, Hubbard, who had a strong second half, made no mistake going over after some pressure and quality sets on the visitors line. Shortly after Hubbard again broke free and was pulled up short, but the position was set up. Quick hands then sent Ben Calvert over for his hat-trick. The hosts were now in full flow and one of the tries of the match then followed. Steve Connolly broke from inside his own 20, right upfield and the supporting Glen Anfield took an inch perfect pass to score besides the posts.

Louis Hubbard added a further try from close range before another spectacular effort. Glen Anfield scythed his way through the defence in that unique running style, drew the full back and sent the supporting Lewis Poskitt over beneath the posts at high speed.

Anfield added his second try wide out using his wingman as a foil. Anfield missed the conversion, which was his only miss of the afternoon in a personal point’s tally of 26, which got him the man of the match award. Other noteworthy performers were Alex Nightingale whose positional sense and clearing his lines were perfect on a very windy afternoon.

Will Mail terrorised defences in the centre, Steve Connolly was all actions, and Louis Hubbard was getting back towards his best.  Beverley have decided to allow the result to stand in last Saturdays Tom Beautiman Cup Final and Hull Dockers to be awarded the cup.

It was thought that any possible victory in a replay would be a hollow one, and it would also involve missing a league fixture. Beverley’s aim is quite simply to win the league, and they sit handily placed at the top of the table with nine games to go.

This Saturday Beverley are away to Ryder, who they defeated narrowly in the opening game of the season. Ryder’s results, performances and team seem to vary from week to week so the Beverey will need to be at their best mentally in what could
be a slightly intimidating atmosphere. Kick-off is 2pm at Sirius Academy.