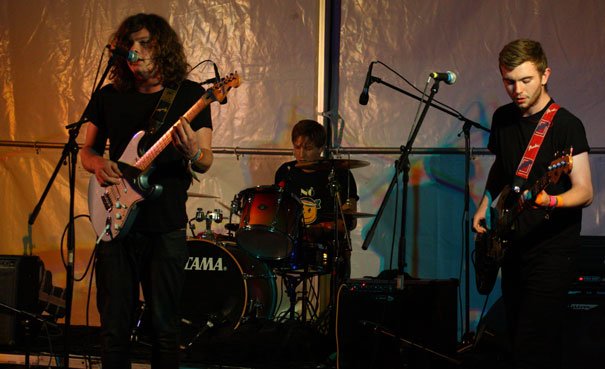 Following the massive success of the launch event during November Quiet Riot will continue to bring the best musical talent to Beverley during 2015.

Quiet Riot- The Beverley Alternative is an evening which brings together some of the best unsigned bands from across Hull & East Yorkshire and the Rebellious Jukebox who provide a soundtrack of some of the best alternative music from the past 40 years ranging from the MC5 to the Manic Street Preachers.

“The launch event on November 21st was very successful with over 100 people coming down to Hodgsons Club for an evening featuring the Bard of Holderness, Beverley’s own Velvet Dolls, Breeze and the Ming City Rockers who were introduced by Radio DJ David Burns. The crowd were also dancing to the tracks by the Rebellious Jukebox till midnight so the event doesn’t come to an end with the headline act.”

“On January 30th the fun will continue with another great line-up. The show begins with an acoustic performance from Ellie Pollard, a set from Beverley guitar band Behind Closed Doors and features two acclaimed Hull acts The Streaming Lights and Young Jack.”

“Streaming Lights are a three-piece band formed 4 years ago in Hull. Constantly pushing the boundaries of synthetic electronic textures from Guitar, Bass, Drums and lots of pedals. April 2014 saw the release of their debut album which includes the single ‘Do The Math’.”

“The promotional media for this single was recently a YouTube sensation, being the most viewed YouTube video in the world for several days, and hitting almost 90,000 views.”

“Both acts are very highly rated and like the Ming City Rockers before it could only be a matter of time till such bands become too big for Beverley so catch them whilst you can. The first gig was strongly supported by BBC Introducing’s Alan Raw and this only highlights how we are aiming to bring acts who have had radio sessions on this programme and feature in the big Hull festivals to Beverley.”

“We also aim to release a new compilation album of top Hull acts by the time of this gig to showcase many of the great acts we are planning to bring to Beverley during 2015. This Riot could continue for quite some time.”