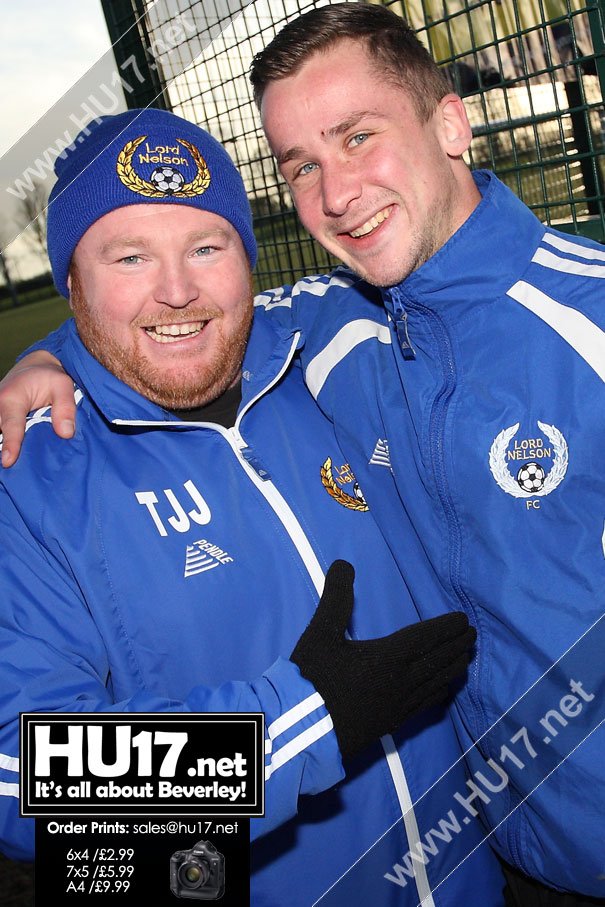 The Lord Nelson will be looking to bounce back from their defeat to North Ferriby last weekend as they return to East Riding County League this Saturday.

Their 4-1 loss at Longcroft School has left the Nelson in the bottom two and they will need some sort of result if they do not want to be propping every one come Saturday Night.

Jimmy Chadburn was the only real highlight of for The Lord Nelson as they slumped to their sixth defeat of the season.

Boss Terry Jackson has been wheeling and dealing as he looks to strengthen his squad. Tom Moore is his latest addition to the side after Jackson managed to lure him away from rivals Beverley Town.

Next up for the boys in blue is a match they can ill afford to lose as they face bottom club Driffield Rangers a side who are yet to register a win in their eight games in the East Riding County League.

Their final fixture of 2014 is a local derby with Walkington who are unbeaten and challenging for the title and it is very hard to see how the Lord Nelson can get any sort of result at Broadgates.

If Jackson and his team are to avoid being bottom at Christmas then this is a match they really have to get a draw or even better a win this week against Rangers.

Photos from the 4-1 defeat to North Ferriby United.