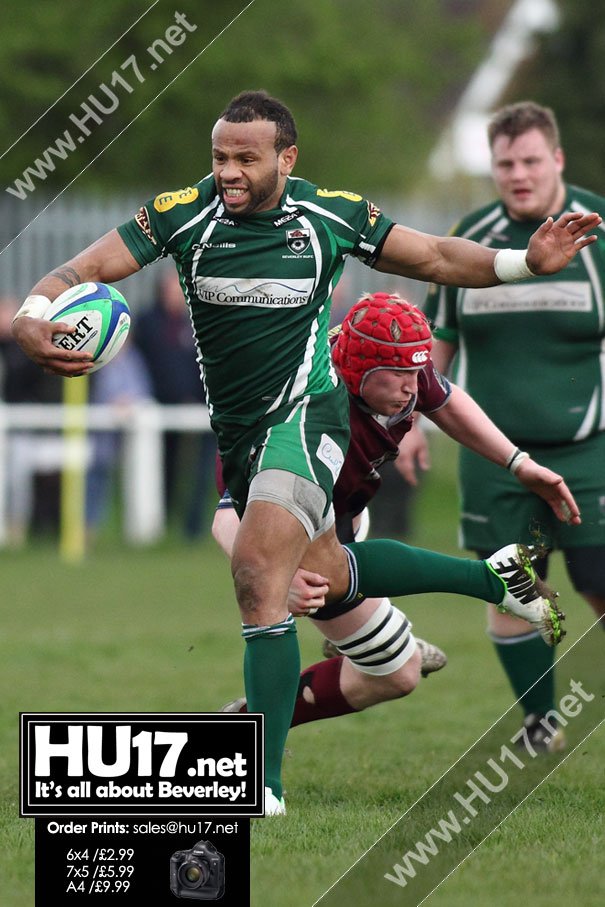 Beverley RUFC return to the comforts of Beaver Park this week after their fixture with Huddersfield YMCA conceding 50 points and bonus pointless for a second consecutive week.

The Beavers were fairly confident heading towards the Pennines hoping to bring back the spoils, but they came up against one of the more well skilled teams in the league.

Beverley were unlucky not to be going into half- time with the honours shared only to concede a penalty in front of the posts to make it 17-14. However, Huddersfield got going in the 2nd half causing Beverley some problems out wide with their off loading game. Director of Rugby, Junior Tupai commented;

“Saturday’s result was pretty disappointing more so because we didn’t come away with anything, and I thought we were good for a bonus point at least. We battled well in the first half and at 14-17, I was hoping we’d kick on but to Huddersfied’s credit, they took it to us and played some good rugby and deserved their win. I thought we were a bit naive at times and showed our inexperience”

This week Beverley welcome Lymm, who sit in 10th place having won one match in their last eight games of late and will be looking to get back on track against the men from East Yorkshire. Beverley were slow out of the blocks the last time the two teams meet conceding 20 points in the first 20 minutes only to come storming back to lose 30 points to 27. Beverley will be hoping for that sort of second half performance for 80 minutes this week before the Christmas break.

“We have two weeks off coming up, so we’re throwing everything into this game. It’s been a tough season so far and the guys just need to lay it all on the line this week. We’ve got a few injuries, including myself, Mark Harling and Craig Hancock but some players like Iain Morrison, Matty Adams and possibly Joe Fell returning this week.”