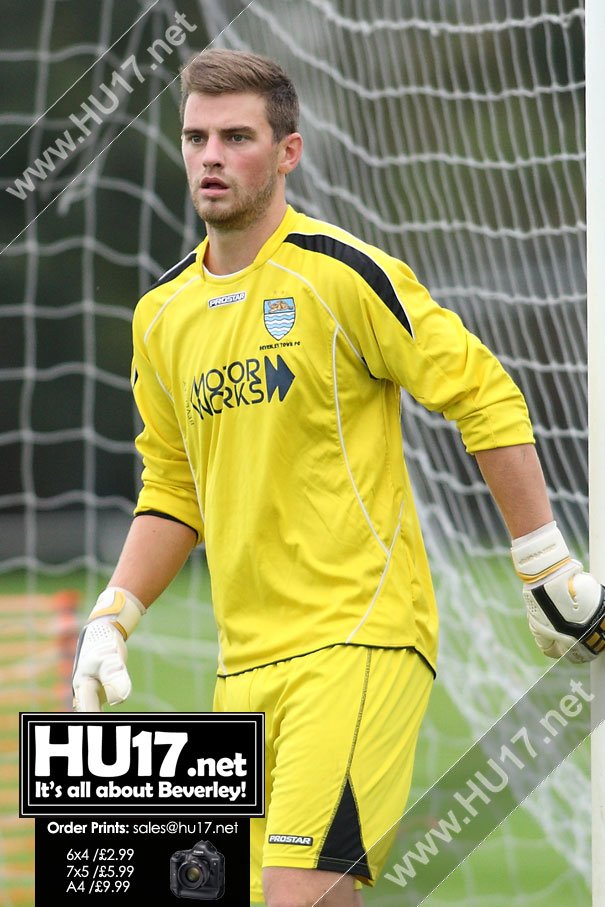 Beverley Town showed their persistence at the Norwood Recreation Ground as they beat Hornsea Town 1-0 in the Humber Premier League.

After last week’s disappointing result against Hull United AFC Town got back on track with a much needed win thanks to a late goal from centre back Steven Graham.

However the story of the day was the return of keeper Adam Nicholson who after a spell at Bridlington Town has come back to play for his home-town club.

Nicholson parted company with Beverley in summer when he and number of the players left the club, but Nicholson has returned blaming too much travelling as his reason for quitting the Seasiders.

Pulling on the number-one shirt Nicholson kept a clean sheet, a clean sheet his boss Ross Cording felt won them the game as the big man pulled off a string and saves frustrating the visitors.

Beverley controlled the match in large spells during the first half and were unlucky not to go into the break with the lead when a Jonny Ricardo header fell kindly for Graham, but his effort sailed over the bar.

During the second-period, Hornsea did create chances, but they were unable to find a way past the Nicholson who pulled off vital saves to keep Town in the game.

Beverley got their break with just five seconds of normal time remaining when Graham popped up to blast home from close range to clinch the points.

“Nicholson won us the game. He pulled off a world class save with just minutes left in the game after they got through one on one.”

Victory leaves the champions just six points behind the leaders Reckitts AFC who have taken over at the summit after Hull United AFC were beaten for the second time this season.

Beverley Town return to Humber Premier League action next weekend as they make the short trip into Hull to play Sculcoates Amateurs.