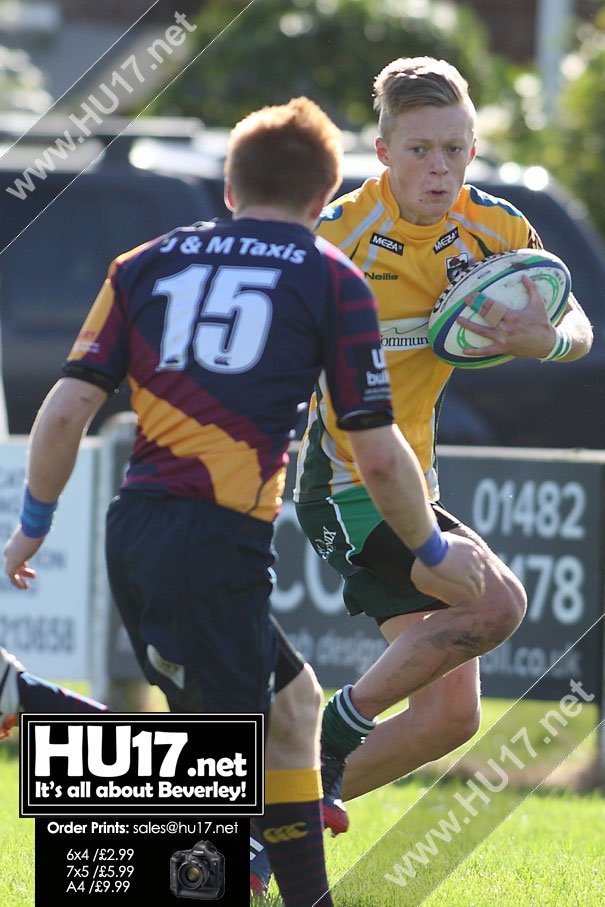 Beverley RUFC Colts for the second game in a row gave missed out on victory after conceding late on against Wath Upon Dearne at Beaver Park.

Two weeks earlier Pocklington scored with the last play of the game to secure victory, something that was repeated this week in a tightly contested game.

“It was an arm wrestle with both defence’s on top. Beverley looked the better team with our exciting backs that looked like they could score every time they got the ball. We played well as a team, but we couldn’t make chances into scores.”

Just before half time Beverley did take the lead as Chris Chapman on his return scored a great solo effort shrugging off tackles to go in at the corner giving Beverley 5-0 advantage at half time.

Beverley started brightly with many chances put to bed by Wath’s good drift defence. Stephen Price was substituted with concussion after a collision and looks likely he will be out for a couple of weeks. Price’s exit from the game opened the door for Harrison Mayou to make his debut for the club who looked sharp during his time on the pitch.

With Bevelrey looking like they had won the match Wath came up with the good as their number 8 dived over the line to level the scores and making the conversion to seal win for the visitors with just seconds left in the game.

Beverley are back out this week with a long trip up into the North Yorkshire Moors to play Wharfedale, who have lost all 3 of their opening games.