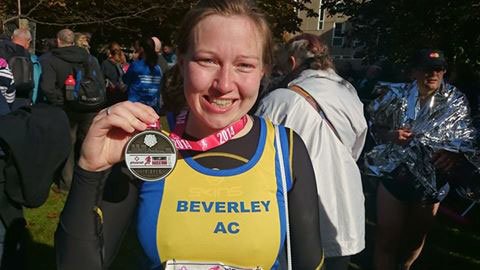 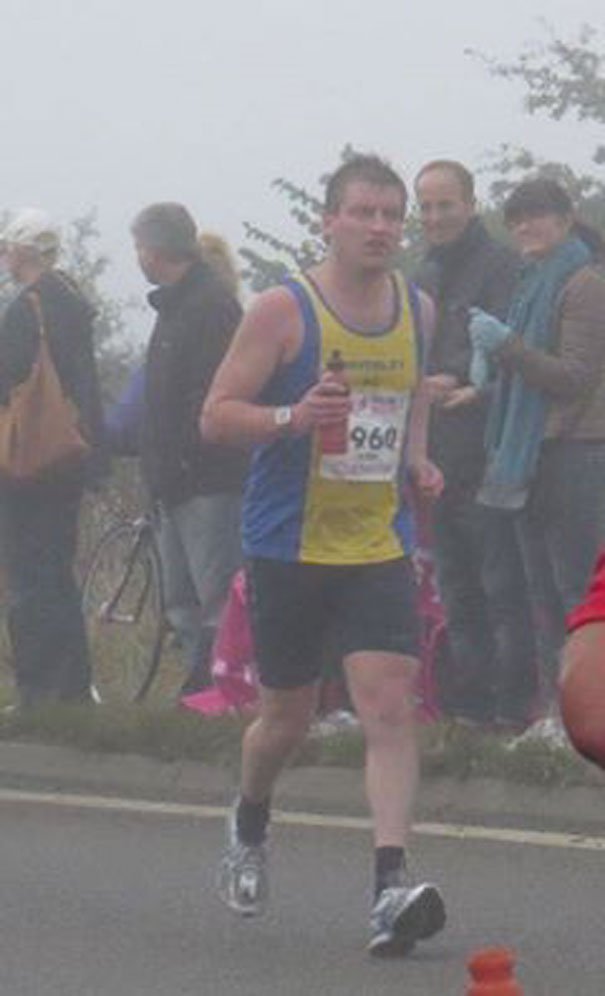 Sunday saw the second running of the Yorkshire Marathon in York. This race is run in memory of Jane Tomlinson and profits from the race go to that charity.

The course follows a nice scenic route, starting at the University, in to the city centre, then out to Stamford Bridge, before returning to the university. Cold, foggy conditions threatened to delay the start but in the end the event got underway on time and it warmed up to become ideal running conditions.

A number of Beverley AC members took part and 3 marathon debutants were amongst them. Jim Harbidge broke the 4hr barrier in 3:54:28, although a stop to be blessed by a local Vicar in Stockton- On-Forest may have cost him a minute or two!

However, the legs aided by the blessing got him to the end where he was there to shout encouragement to James Durham who finished in 4:13:55 and Kate Mitchell, 4:21:00.

Kate was delighted to finish her first marathon and was also assisted by the Vicar with a ‘high 5’. Like many a runner before her, the last 3 miles took their toll but all the same this could not take the gloss off her achievement. James was equally delighted with his debut time and he was impressed by the support of the crowds handing out sweets and drinks along the course.

The same day, Beverley AC was represented at The Yorkshire Coast 10k in Scarborough. A glorious day favoured this extremely popular race which follows a lovely route along the sea front, starting at the Spa Complex, passing The Grand Hotel, then heading out to Peasholme Park, before turning back towards the Spa.

This route is lined by thousands of cheering supporters which makes for a great atmosphere. It is a pretty flat route but some of the cobbles around the 2-3 km stretch make for slightly tricky footing.